Home » Opinions » The Rise of the One-Woman Show 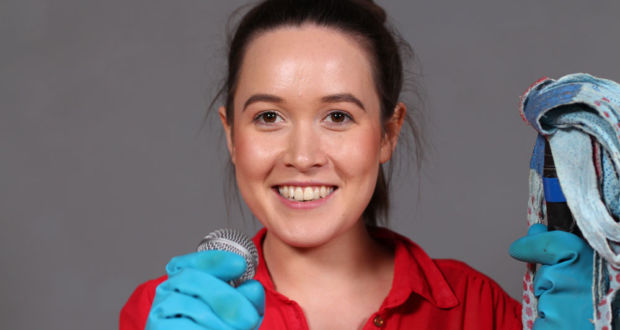 The Rise of the One-Woman Show

Fringe shows are known for their small and intimate nature — and none more so than solo performances. One of the one-woman shows on offer at this year’s Camden Fringe is Sally’s Alright, the solo tale of a comedy club cleaner’s dreams of stardom. In this blog, creator and performer Sarah Tattersall explains why why one-woman shows are worthy of the spotlight, and which other one-woman works should be on your radar this month.

The words ‘one-woman show’, for many, often evoke an image of angry, middle-aged women lamenting the burden of rearing children alone, struggling to put food on the table without the support of their evil estranged husband and his new, perky blonde. (Something alone these lines, perhaps.) But I’ve been fortunate to see and review a number of one-woman shows — including the acclaimed Brute, from Izzy Tenneson, and Happiness is a Cup of Tea, from MasterChef’s Annie McKenzie — that, for me, demonstrate the importance of this theatrical style.

The success of a one-man or woman show, in most cases, is dependent on how well a single character is created and portrayed. This calls for a detailed, multi-dimensional, engaging character to come to life and capture and sustain an audience’s interest — without needing other performers to inject new energy into the piece. In my book, these engaging characters are impressive in any show, whether it’s a collaborative or solo performance. However, it is perhaps even more encouraging in the genre of the one-woman show.

Being a female writer and performer, I am well aware of the historic gender bias in the creative arts. As a graduate of a leading drama university, I am influenced by memories of talented actresses having to argue why playing a dead body should not count towards their degree — simply because of the historic discrepancy between male and female roles in the male-dominated arena of the arts. One-woman shows are an environment in which female voices are dominant and complex. Though, of course, this really should not be extraordinary — especially in societies that view themselves as fair and progressive.

One-woman shows are an environment in which female voices are dominant and complex.

The more that these interesting, female-dominated shows are celebrated and encouraged by audiences, the bigger the influence on other playwrights and the industry in general will be. Writers largely write what they think others will like and want to see. This, of course, is influenced by what has already proved to be popular — as evidenced by the seemingly endless trend of musicals based on every popular pop-band since 1950. In film, the success and praise of the recent female-led Ghostbusters is already leading to talk of other classic movie remakes.

Equality in society and the arts has improved dramatically. Viewing these improvements as the end goal toward achieving true equality, though, would be highly optimistic at best.

As a place for exploring women’s issues, a female-centred piece seems to be a great forum. However, it’s important to remember that female plays do not have to explicitly discuss women’s issues to be beneficial for women. A one-woman show, like any show, can be borne out of a variety of intentions. Indeed, whilst creating my own show, Sally’s Alright, I was not motivated by a desire to talk about female or societal issues, but purely to create a show made up of my favourite aspects and styles of theatre — a summation of everything I enjoy and that makes me laugh.

As a place for exploring women’s issues, a female-centred piece seems to be a great forum. However, it’s important to remember that female plays do not have to explicitly discuss women’s issues to be beneficial for women.

I created much of my show through the process of free-writing, meaning that the developments and social comments that arose were not contrived or deliberately explored in order to make a point. For me, this free-writing is a really interesting way to write, as it’s arguably the closest we can get to the unpredictability of real life. With this in mind, there’s really no wrong way to read the show. Audiences can read as much into the deeper meanings as they choose. It can remain, as intended, a comical look at an exaggerated and utterly delusional character, or be seen as a comment on how young women see and judge their independence.

This performance is part of the Camden Fringe Festival, which encourages artists to create their own work and really experiment. I love solo fringe shows, as they are some of the most personal shows you can see, even when not based on personal experiences. There is something so special about seeing a performer communicate their own work directly, especially in several of the more intimate fringe venues.

So if you’re looking for affordable theatre and want to see artists perform with nothing else to rely on than their material and relationship with the audience – then these solo fringe shows are really worth the risk. In addition to my own show, these shows are also ones to look out for:

Sally’s Alright will play at The Etcetera Theatre as part of the Camden Fringe from 18-21 August. Tickets are available here.