Home » Features and Interviews » Camden Fringe: The Alternative Fringe that Should be on your Radar 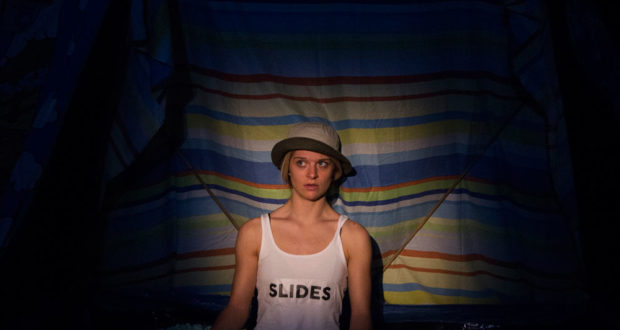 Camden Fringe: The Alternative Fringe that Should be on your Radar

It’s August! Which in Theatreland, means only one thing: Fringe Season. Those in and around London this month should be keeping a close eye on the Camden Fringe, which has returned for its biggest-ever festival of comedy, theatre, dance and even film. Camden Fringe performer Sarah Tattersall puts a spotlight on the Fringe, exploring its history and which shows you should be checking out this month.

The Camden Fringe represents a truly exciting and alternative fringe scene. As with any fringe festival, the range of performers is extraordinary – from seasoned comedians to 90s pop stars and debut performers. This, of course, makes for a certain amount of unpredictability when choosing shows to watch, but new companies and performers are really worth taking a chance on at this festival. Camden has earned itself quite a reputation for being a place of opportunity for young creatives, where fresh ideas and explorative shows are given a spotlight, whatever their budget may be.

With this in mind, many of the acts found at the Camden Fringe are people you would pay considerably more to see elsewhere – or in the future. Indeed, it’s hard to argue the success of some past performers, whose experiments at the Camden Fringe have gone on to reach new heights. Comedy duo Twisted Loaf performed their debut show in 2013, before scooping the Funny Women Award later that year; 2010 saw Helen Keem preview material from her Radio 4 series It Is Rocket Science; and the very first festival in 2006 featured a solo show by comedian Roisin Conaty, who went on to win Best Newcomer at the Edinburgh Comedy Awards. The festival has also featured turns from such comedians as Simon Amstell and writers as Caz Moran (Raised by Wolves, Channel 4).

The festival has certainly grown since its 2006 debut, which was set up to offer an accessible alternative to the Edinburgh Fringe. Founders Zena Barrie and Michelle Flower comment: ‘We’d worked in Edinburgh for many years, but when we took over running the Etcetera it seemed silly to be closing our lovely blackbox venue to put on shows in different black box venues in Edinburgh’.

Back then, the festival featured only one venue – the Etcetera Theatre – which is still one of the most popular venues of the fringe, and, in its own right, on the London comedy scene. Artistic Director and Etcetera Theatre Manager Maud Madlyn notes: ‘As the first Camden Fringe venue, it’s both an exciting time of the year and a heavy responsibility for us. We can feel the enthusiasm of the companies performing here, and we work hard to maintain the standards previous Etcetera directors have established – a collaborative effort which seems to pay off, as we are still considered one of the iconic places to perform during the festival’.

With around 250 shows to choose from, and more venues than ever before, here are a few recommendations for this year’s Fringe:

Worst Case Scenario
When the last surviving Dodo, Raphus Cucullatus VII, is injured in a road collision with a motorbike, the animal community are made aware of the tangible threat of the extinction of his species. As the story unfolds, Veronica Venom and Arthur Longtail cross-examine the witnesses in a chaotic courtroom setting to decide the fate of the sole surviving Dodo.

Immer City: Blood Will Have Blood
An intimate, audio-immersive sequel to Macbeth with headphone technology that responds to audience choices. It is the tale of the young boy Fleance, who witnesses the murder of his father, Banquo, and is set adrift in Macbeth’s brutal new Scotland. Touring with Fire Burn.

If you can’t catch interactive Shakespeare at the Fringe – then where can you? The perfect definition of creative fringe theatre.
3-7 August, various times, The Cockpit. £15 (£14 conc)

Thlides
Spawny John, an army veteran, sits in a small antechamber halfway down a Butlins water slide. His close (and inflatable) friend Duck sits comfortably about his waist. They address the finer points of death, loneliness, and soup.

This ‘surreal dark comedy’ comes off of a sold-out run at the Wandsworth Arts Fringe and sounds sure to intrigue.
21-23 August, 6pm, Lion and Unicorn Theatre, £7

Gregory Akerman: The Death of Gregory Ackerman
Gregory Akerman has spent the best part of this year hassling psychics and befriending cults, to try to find out when he is going to die.

Sarah Tattersall: Sally’s Alright
A show for people who are FINE.

Distracted by boredom and her delusions of fame, Sally, the comedy club cleaner, has convinced herself that the empty stage is desperate for her grand debut. Combining storytelling with stand up and a touch of cabaret, Sally’s Alright explores the realities of being a washed-up twenty-something.

The eagle-eyed amongst you may have noticed that this is, in fact, my show! So I can, of course, entirely objectively tell you, that it’s a very fun way to spend an hour.
18-21 August, 6.30pm, Etcetera Theatre. £6

Claudia Jefferies: Syd
Fusing spoken word, drag and bad jokes, Syd is a one-woman cabaret show about the crap that women face everyday. It depicts the character of Syd: a comedian, drag artist and variety performer of ambiguous gender who cracks one-liners, does gorilla impersonations and raps about street harassment over classic karaoke backing tracks.

I saw a preview of this show a few nights ago and was so blown away by the way it presented such a current, poignant message in such a completely unique style.
17 August, 9:30pm, The Canal Café Theatre. £10 (£8 conc)

Fabletop Theatre: The Girl and the Box
A four-star, sell-out show with live music, puppetry, physical theatre and singing. A show for grown-ups and growing-ups, exploring what makes us human.

This show has been being performed and developed for the past year. I’m expecting a charming, innovative and polished piece from this company.
10-14 August, 6.30pm, Etcetera Theatre. £10 (£8 conc)

For more about the Camden Fringe and a complete listing of what’s on, visit camdenfringe.com.