Home » Features and Interviews » Interview: Eve Lytollis on why Paperboy isn’t really an all boys affair 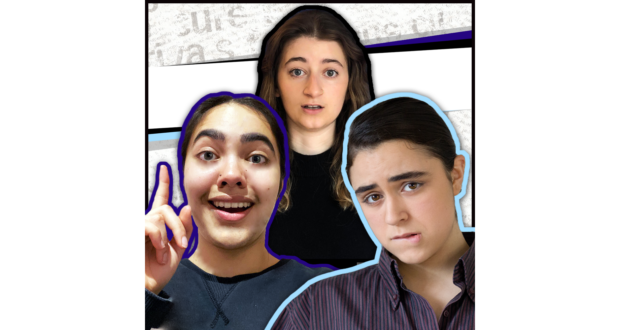 Interview: Eve Lytollis on why Paperboy isn’t really an all boys affair

Two self-proclaimed “journalists”, Matt and Matthew, are the founders of newspaper The Desperate Times. Matt likes to think of himself as the top dog, saying and doing as he pleases, and hopefully making everyone else go wild with awe in the process; Matthew, meanwhile, is the beta male to Matt’s alpha, which in this case pretty much just means that he thinks a little more before he speaks (sometimes), and feels a little less compelled to constantly talk about his genitalia.

Supported by their long-suffering assistant, Phoebe, they think they’re the dog’s bollocks – although she’d probably say that in itself is a load of bollocks… So when the effects of boys’ cheeky chat start to show, is it really all as harmless as they think?

Paperboy will be performing as part of Camden Fringe 2021. It plays at Lion and Unicorn Theatre from 5 – 7 August, 8.30 each evening. Tickets and further information via the below link.

Eve Lytollis of Happy Happy Productions talked to us about Paperboy, and its themes of male toxicity and lad culture. This four part interview was first broadcast on our Runn Radio show on 21 July 2021.

Previous: Review: Dorian: A Rock Musical, Stream Theatre
Next: Interview: Graeme Leak on how he Saved organs from the rubbish tip