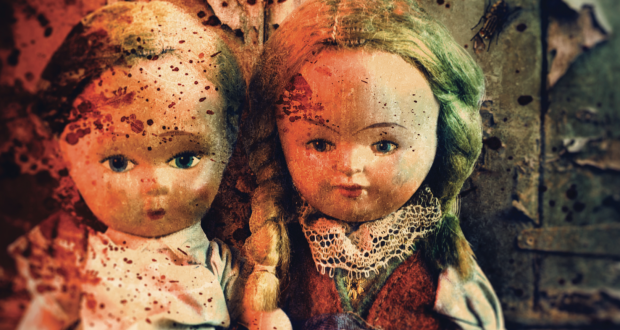 This is your chance to win  pair of tickets to African Gothic at Park Theatre!

To enter simply retweet the tweet below using the hashtag #ETAGComp by Friday 6th of November at 5pm!

About African Gothic at Park Theatre

“Still water, deep ground, and underneath the Devil is turning around”
Afrikaner children’s rhyme

Frikkie and Sussie were born into a South African Eden, an idyllic farm with loving and responsible parents, a black nanny as their second mother, and a benevolent God in Heaven to keep them all safe and sound.

But that was decades ago.

Now their parents are long gone, the farm a parched and desolate ruin, and God has clearly forgotten them.

Written during the Apartheid era, Reza de Wet’s astonishing play (originally “Diepe Grond” – Deep Ground) held up a mirror to the dark heart of Afrikaner society, forcing it to take a long and uncomfortable look at itself and the myths that sustained it.

A powerful and engrossing drama from the production team behind the recent Muswell Hill (Park Theatre) and My Children! My Africa! (Trafalgar Studios).‎

Terms and conditions apply. Tickets are valid for Tuesday–Thursday performances between 22nd December and 23rd January, excluding peak Christmas dates. Subject to availability. Prize is as stated and cannot be transferred or exchanged. No cash alternative will be offered. Image credit: Rebecca Pitt.