You can use WP menu builder to build menus
Home » Competitions » Win tickets to The Art of the Brick! – Closed 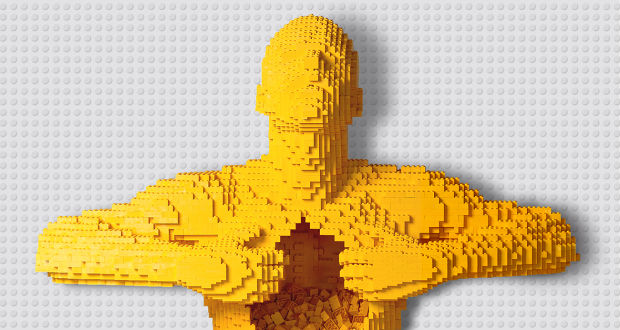 Win tickets to The Art of the Brick! – Closed

This week we’re straying outside of our theatrical comfort zone to give you the opportunity to win a pair of tickets to an art exhibition. But it’s not just any art exhibition, it’s The Art of the Brick, the world’s favourite touring LEGO exhibition at the Old Truman Brewery in London! The tickets are valid entry on any date from 26 September – 28 November 2014, excluding all school holidays and subject to availability. Naturally, you can’t transfer or exchange the tickets, and we won’t be offering a cash alternative!

As always with our competitions, there are no catches – you simply complete the entry form below by 6.00pm on 12 September  2014 and you’ll be entered into our prize draw. If you’re the lucky winner you’ll hear from us a few days later. It really is that simple!

Sadly, this competition is now closed.

ABOUT THE ART OF THE BRICK

Featuring over 80 art sculptures created from more than a million LEGO bricks, these one-of-a-kind LEGO brick sculptures are the work of US artist Nathan Sawaya.

Having already attracted millions of visitors worldwide in New York, Los Angeles, Melbourne, Shanghai and Singapore, The Art of the Brick has been proclaimed by CNN as one of the ‘world’s 10 must-see exhibitions’.

Over One Million LEGO Bricks

The artworks on display are large-scale sculptures, many of which are human figures, but also includes a T-Rex skeleton constructed from over 80,000 LEGO bricks that measures over six metres in length.

In addition, visitors have a chance to see Sawaya’s recent interpretations of some of the world’s most famous artworks, such as Da Vinci’s Mona Lisa, the Venus de Milo and Vermeer’s Girl with a Pearl Earring.

If you’re feeling inspired, the exhibition includes an Interactive Zone inviting young (and old) visitors to get hands-on and have a crack at building your own LEGO masterpiece.

Nathan Sawaya started playing with LEGO toys at an early age and just never stopped creating. He explains: ‘I use LEGO bricks as my medium because I enjoy seeing people’s reactions to artwork created from something with which they are familiar’

‘Everyone can relate to it since it is a toy that many children have at home. I want to elevate this simple plaything to a place it has never been before. I also appreciate the cleanliness of the medium’

Tagged with: Exhibitions LEGO Old Truman Brewery Slider The Art of The Brick