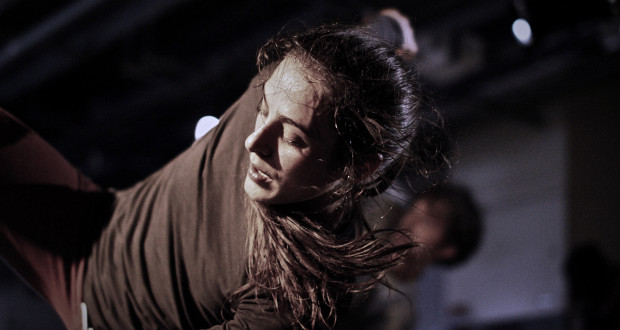 Pros: A modern and innovative approach to dance. Captures the audience’s imagination even before they’ve taken their seats.

Cons: The program says the duration of the performance is the ‘life’ of the dancers. If this is the case, they died too soon.
In-Finite Space #2, The Vaults – Review

Pros: A modern and innovative approach to dance. Captures the audience’s imagination even before they’ve taken their seats. Cons: The program says the duration of the performance is the ‘life’ of the dancers. If this is the case, they died too soon. IJAD Dance Company has created a ‘choose your own adventure’ style of dance, performed in real-time for the audience. Combining movement and social media, the audience turn choreographer, determining what the dancers do next through twitter. It’s a unique concept, where using your mobile phone during the performance is not only acceptable but actively encouraged. For better&hellip;

Imagine Maria from The Sound of Music coming up with the lyrics to Favourite Things using Twitter. This is kind of like that, except it’s about Favourite Spaces and it’s dancing, instead of singing.

User Rating: Be the first one !
IJAD Dance Company has created a ‘choose your own adventure’ style of dance, performed in real-time for the audience. Combining movement and social media, the audience turn choreographer, determining what the dancers do next through twitter. It’s a unique concept, where using your mobile phone during the performance is not only acceptable but actively encouraged.

For better or worse, the success of this performance is dependent upon the audience understanding their role. IJAD have left little margin for error or confusion. Clearly displayed in the program were the WiFi network and password, and a set of instructions. Prior to entering The Cage at The Vaults, there was an ‘ask me’ attendant who ensured everyone knew what they were doing.

The elements that could have worked against them, such as the weak internet coverage in the tunnels underneath Waterloo station, and audience members not having twitter accounts, was resolved with good old-fashioned (though equally effective) paper and pens for hand-written responses.

Once the doors were open another attendant handed us a torch and invited us to explore the darkened space. The dancers, like floating particles, were stationed at different corners, channeling theories of gravitation, string theory and the Auguries of Innocence. The instructions told us to have a look around, then take a seat and think about our favourite spaces – real, imaginary or online – and tweet them to @IJADdance.

The opening dance sequence was pumping with energy. The male and female pair with their synchronized full body routine full of chemistry, stretched limbs and great floor work was exciting to watch. The tweets from the audience were then projected on to a wall. Another dancer entered the space, read out the tweet, and interpreted the ‘favourite space’ through improvised movement.

The connection between the tweet and the dancing was just the right amount of obvious, and didn’t rely too heavily on the literal or the interpretative. Seeing the way the dancers skillfully, creatively and instantaneously used their own and each other’s bodies to illustrate the 140 characters was key to the audience’s enjoyment. One tweet read “lying horizontal on the ground, feeling the vibration of you”, so one dancer held her hand on another dancer’s back, following the rhythm of his body as it moved. Eventually they were lying on the ground, not next to each other, but head to head. There was an intimacy and beauty in their display, and if that was your tweet it would have been a gift to watch.

This physical exploration of favourite spaces extended beyond the dancers. One tweet referred to the changing light by the sea, and as the dancer read it out, the lights in the space dimmed. The music also changed with each new tweet, which enhanced the immediacy of the action unfolding.

Though the audience influences the performance, what happens on stage is ultimately up to the crew deciding which tweets to project onto the screen. Their choices tended to reflect more metaphorical spaces, like “The big big bang the reason I’m alive, when all the stars collide” and “Forces of attraction and repulsion coil us together or whirl us apart.” There weren’t many tangible spaces like a beach, or a bar or a gallery, so my contribution “in bed with my boyfriend watching Netflix” felt rather uninspired by comparison. Consequently the performance, despite its multitude of elements and huge potential, in the end felt slightly one-dimensional.