Directed by Lucy Richardson
★★★
Pros: An interesting take on a familiar classic.
Cons: Everyone was so interesting to watch on stage that it was hard to decide who to focus on at any one time.
Our Verdict: A comedy of errors with a healthy dose of slapstick humour.
Recently I watched a ‘comedy’ on the fringe that, unfortunately, I didn’t find very funny. With dramatic plays, much can be forgiven if it’s not enjoyable. If it falls under the umbrella of ‘drama’, we can ignore the mumbling of words, a poor set design or even when we don’t fully understand what a play’s about. However with comedy, if a play or film isn’t funny, we judge it more critically, as it failed to do the one thing it was supposed to do – to make us laugh.
With this in the back of my mind, I was apprehensive about what lay ahead that evening. Would the Performing Arts students of London Metropolitan University (LMU), step up to the plate and deliver something really spectacular?
Once I walked past the Oval cricket ground, my apprehension started to subside. You know how in Salem’s Lot, the Marsten House was supposed to instil a sense of foreboding to all that saw it? Well my first sighting of the Ovalhouse theatre that night had the opposite effect on me, which I thought was a good sign. “So far, so good,” I thought.
As I sat down in my seat, I, along with the rest of the audience were greeted (or rather grunted at!) by one of the cast, a police officer played by Loreen Paris Jack. While the rest of the audience took to their seats, Loreen proceeded to yawn, wheeze and snore through various states of sleep – a masterclass of wordless mirth like the silent film stars of old. This, we would soon find, set the tone for the rest of night’s proceedings.
The Government Inspector, while very famous, has a very simple plot that is ideal for a farce. A small town learns that an important official will be visiting their town, albeit incognito. Assuming the latest stranger at the inn is the eponymous inspector, they lavish all manners of favours on him, succumbing to his every whim. By the time the stranger’s ruse is exposed, it is too late: the town hear that not only is the real government inspector on his way, but he also knows about how they let themselves be fooled by their latest visitor. If this seems familiar to you, you might remember that episode of Fawlty Towers where Basil is twitchy at the potential arrival of a hotel inspector. But I digress.
The play itself had an emphasis on physical comedy – much like a sitcom that was once a firm favourite with students. If you’ve ever watched The Young Ones with Rik, Vyvyan, Neil and Mike, you know the sort of anarchic energy they had which permeated everything. Subtle, gentle humour had no place in their repertoire and neither did it in The Government Inspector!
All the Performing Arts students of LMU performed with gusto and were fearless. Had they performed with less energy or ‘played it safe’, I doubt that it would have been half as entertaining. The whole cast performed admirably and when they weren’t actually saying anything, they were always interesting to watch as they were always doing something on stage.
Particularly memorable were Hannah Elshaw and David Goodwin. From the moment they walked on stage, the pace of the play shifted up a gear into Blackadder territory. It felt like I was listening to Queenie and Percy in batting playful banter to each other, and was a delight to listen to. Also memorable were Daniel Sado as the wry waiter, who could convey so much with an eyebrow and his droll delivery, and Tiffany Nugent who played the Mayor’s frisky daughter. Her facial expressions and exaggerated body movements had the audience in hysterics. Meanwhile the ‘Government Inspector’ himself, Kheleyestakhov (played by Edward Smith) channelled the flamboyancy of the late Richard Griffiths’ ‘Uncle Monty’.
The audience that night loved the production, and whooped and cheered at all the earthy humour. As for myself, I had at least three ‘laugh-out-loud’ moments, so I must have been enjoying it! Looking at the play objectively, I’m sure the physical comedy won’t be everyone’s cup of tea, but as a final production by the LMU Dramatics Arts graduates, it was an admirable effort.
Please feel free to leave your thoughts and opinions in the comments section below!
The Government Inspector has sadly finished its run at the Ovalhouse Theatre.
For more information visit or http://www.ovalhouse.com
Daniel Sado David Goodwin Drama Students Edward Smith Hannah Elshaw London Metropolitan University Lucy Richardson Nikolai Gogol Ovalhouse The Government Inspector Tiffany Nugent 2013-05-12
+Everything Theatre

Previous: Don Pasquale, The Sun Tavern in Covent Garden (site-specific)
Next: The Gut Girls, The Space 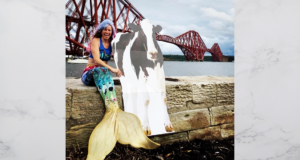