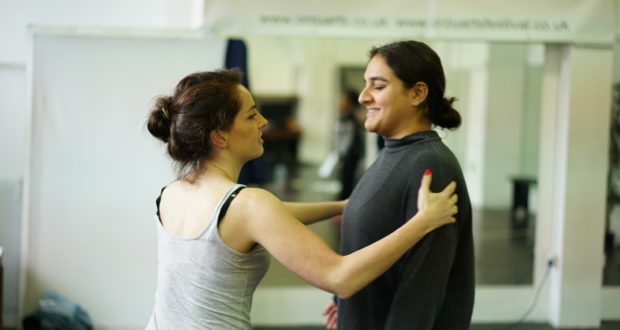 It’s competition time again at Everything Theatre.  We’ve partnered up with The lovely people from East London Shakespeare Company and have two tickets for Macbeth, playing at The Courtyard Theatre between 21st November and 2nd December.

But this isn’t any Macbeth, this is an all-female modernisation of Shakespeare’s classic play of betrayal and mistrust. It looks daring and we think it’s going to be great.

All you have to do to be in with a chance of getting your hands on a pair of tickets is head on over to Twitter, retweet one of our competition posts, and tell us which other Shakespeare play could do with getting an update from this group?

When shall we three meet again? How about when you enter our Macbeth Comp? T&C's https://t.co/BjHonm82oP R/t to enter. @ELSCompany #comp

In an all-female corporate world of mischief, greed and deceit, Scotland, England and Norway Inc.
are rival companies. With senior managerial titles like Queen, Thane of Cawdor and Thane of
Glamis, there is sure to be ugly attempts to gain power.

Our three Witches are the personification of Social media and manipulate actions to fit their
supreme plan.

With Corporate deaths, conspiracies and bad hiring we guarantee a night of unreserved truths,
drama and old fashioned nail biting.

We invite you to take a seat and see our world unravel in all its mysteries and be sure to avoid
whistle blowing as we do not tolerate such behaviours.

Prize package is a pair of tickets to Macbeth at The Courtyard Theatre. Valid on performances between 21st November and 2nd December (no shows on the 26th or 27th November), subject to availability. Competition closes at 7pm on Wednesday 15th November.  Winner will be selected at random from all eligible entries, and will be notified no more than 3 days after the closing date. The winner has 3 days to accept the prize and provide contact details, otherwise a new winner will be chosen at random. Tickets to be collected from the box office with no cash alternative. Tickets are non-refundable, non-transferable and all additional expenses are the responsibility of the prize winner. Editor’s decision is final.

Previous: Mother Courage and Her Children, Southwark Playhouse – Review
Next: All In, New Diorama Theatre – Review