Home » Features and Interviews » Interview with Made In China 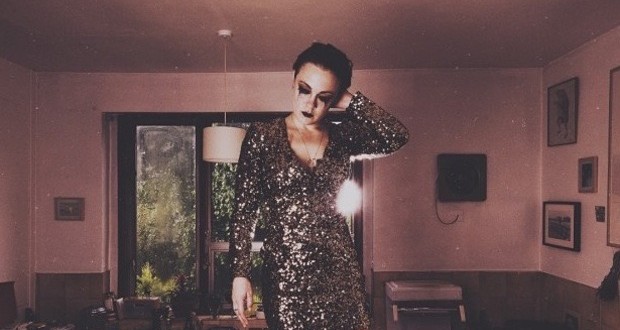 Interview with Made In China

Theatre people often date each other. From one-night stands and “showmances” to long term relationships and marriage, creative types often stick together. As a natural extension of these relationships, couples sometimes decide to create work together. One such couple, Made In China’s Tim Cowbury and Jess Latowicki, describe their new show, Tonight I’m Gonna Be The New Me, as a solo show in which they’re both present.

Jess says, ‘the show is as much about the agreements that people make in a relationship as it is about the tensions. It deals specifically with the idea that we all have to live through pain and hardship to be a worthy protagonist…and how that is almost exclusively a solo endeavour. I am performing in it alone, but Tim is present in the room the whole time from the tech booth. What’s particularly interesting about this is that Tim and I bring differing viewpoints and experiences to it, so in order to engage with the idea we had to make a series of compromises with each other, which is really similar to being in a relationship.’

Made In China started up in 2009, and the working methods of its founders have developed since then, as has their approach to working with each other. ‘When we first started working together we barely knew each other and we were totally inexperienced at collaborating. It has taken us a long time to work out a method. I’m not sure we even have one, but what is clear to us now is [that] structure and clearly defined roles are really helpful. These roles can change but it’s important that both of us aren’t doing the same job.’ Even with clearly defined roles, there can be challenges to working with each other. ‘Tim and I are pretty different personalities and because of that we approach things in different ways. It often seems like we are disagreeing even if we are making the same point. We really challenge each other, which is often a good thing but can be massively infuriating as well for both of us. When things are really difficult we can’t get away from each other because we live together and work together and share our friends.’ And as always in theatre, it often comes down to money, which ‘can be hard because we usually have the same periods where we aren’t working.’

There are of course benefits as well. As Jess says, ‘You don’t have to explain what you do to your partner all the time. They get the love and stress and fears that come with making art. When things are really difficult we can go to each other and know the other one is going to totally get it.’ Still, Tim and Jess urge caution on any would-be creative couples.“Don’t. Honestly. Don’t. But if you have to, maybe try to have a lot of structure to your process and really clearly defined roles. Have someone else around who you have to be professional with. And also, maybe have some savings!”