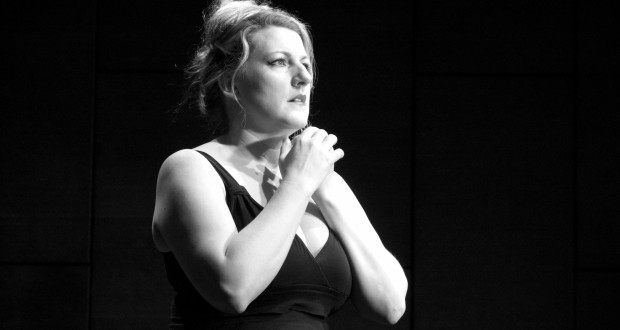 Pros: A playful, enthusiastic cast add to a wonderfully informal atmosphere. Cons: The on screen translation from Italian to English occasionally went missing. I felt a sense of trepidation as I took my seat to watch Traviata Tells All at the excellent St James Studio Theatre. Opera has always been one of my blind spots; countless evenings at the London Coliseum getting totally lost, and bluffing my way through post show conversations was as good as it got for me. But thank heaven for Unexpected Opera, a company that presents opera in abbreviated form to broaden its appeal, much&hellip;

A refreshingly original approach to opera which is sure to win over a host of converts.

I felt a sense of trepidation as I took my seat to watch Traviata Tells All at the excellent St James Studio Theatre. Opera has always been one of my blind spots; countless evenings at the London Coliseum getting totally lost, and bluffing my way through post show conversations was as good as it got for me. But thank heaven for Unexpected Opera, a company that presents opera in abbreviated form to broaden its appeal, much like the Reduced Shakespeare Company does for the Bard.

The show strips down La Traviata to a cast of three plus an accompanying pianist.  Act I features edited highlights from the opera in a chat show format; Tony LaScala was host as he introduced the main protagonists; Violetta, a courtesan with tuberculosis and Alfredo, a middle class gentleman with whom she falls in love. Tony’s interviews with Violetta and Alfredo offer some insight into the characters’ make-up and provide a useful prelude to key arias in the story. On screen translations from Italian into English are always helpful, but couldn’t help thinking something was missing from the translation; for example where there was a four line verse on screen, you’d read in time with the vocal but they’d still be singing even though you’ve finished reading, something that Tony amusingly picked apart in Act II! As Act I drew to a close, director Lynn Binstock donned a red jacket and took written questions from the audience, further breaking down that oft-intimidating opera barrier for the audience.

Act II was more relaxed as the cast left behind their alter egos. Tony Harris retained his role as host, interviewing Joanna Weeks and Christopher Diffey who had played Violetta and Alfredo respectively.  While it’s obvious Tony is a massive opera fan, he wasn’t averse to poking fun at the genre; getting the audience to sing along to alternative lyrics and handling with questions like a comedian would handle a heckler.  The interviews in Act II were even more revealing as Joanna and Christopher discussed their careers and what opera meant to them.  They also sang their favourite arias, and I was amazed how beautiful they sounded in German and Czech.

There was great chemistry between cast and Berrak Dyer, the musical director. Director Lynn Binstock, sat behind a mixing desk and was a great foil for Tony’s asides. Joanna Weeks and Christopher Diffey were pitch perfect and sang beautifully throughout; Tony Harris was a genial host and Berrak Dyer an adroit pianist. Unexpected Opera definitely achieve their objective – to make opera accessible to the mass market. The genre has had a lofty, elitist image for far too long and needs to broaden its fan base. This show breaks down barriers that might once have stopped average theatregoers from giving it a try. I think my bluffing days are well and truly over after seeing this show.  This is one night at the opera I thoroughly enjoyed.