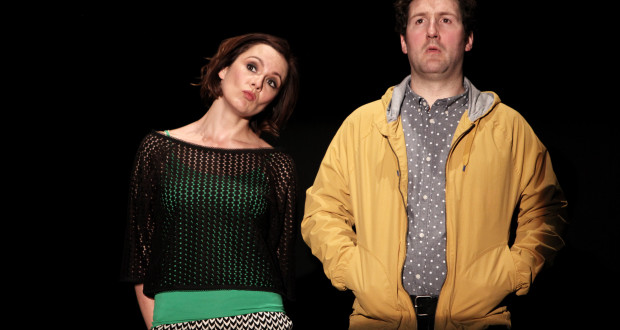 Cons: You could argue that A and B spend an inordinate amount of time arguing, but in some ways that’s the point.
An Intervention, Watford Palace Theatre – Review

Pros: Great performances by Stirling and Hollingworth, coupled with very strong writing. Cons: You could argue that A and B spend an inordinate amount of time arguing, but in some ways that’s the point. Over the past couple of years, the name Mike Bartlett has been on my theatrical radar. Plays such as 13, Earthquakes In London and his present hit King Charles III at the Almeida have impressed me, and certainly proved popular with audiences and critics alike. So the opportunity to see An Intervention running at the Watford Palace Theatre, produced by company Paines Plough, was too&hellip;

A classic Bartlett play that entertains while giving food for thought.

Over the past couple of years, the name Mike Bartlett has been on my theatrical radar. Plays such as 13, Earthquakes In London and his present hit King Charles III at the Almeida have impressed me, and certainly proved popular with audiences and critics alike. So the opportunity to see An Intervention running at the Watford Palace Theatre, produced by company Paines Plough, was too hard to resist.

An Intervention continues Bartlett’s traditional exploration of big social themes, but on this occasion he gives them a personal, intimate dimension. A and B, played by Rachael Stirling and John Hollingworth respectively, have a friendship that thrives on debate. On the one hand, A thrives on the animated discussions and thinks of B as one of her closest friends. On the other hand, over time, B has found these discussions to be wearing. What brings matters to a head is their difference of opinion over whether British troops should be sent overseas. To compound matters, this coincides with B’s burgeoning relationship with new girlfriend Hannah. This makes A wonder what action she should take, if any, to intervene in her closest friend’s life.

Stirling has recently been nominated for an ‘Offies’ award (for Off-West End Best Female Performance) for this part and it’s easy to see why. A is vivacious, charismatic and passionate about life – a peach of a role. Avoiding the clichés of being inarticulate or insufferable, Stirling’s A is never at a loss for words. As such, Stirling has the lion’s share of the witty retorts, so when Hollingworth raises the subject of her sobriety for the umpteenth time, she remarks: “If God hadn’t wanted us to drink, he wouldn’t have given us mouths!” In comparison, Hollingworth has the less-flashy, steady role, but in many ways he is the perfect foil to Stirling. While A’s blind passion wills people to her side – appealing to them through their emotions, B’s cool and steady demeanour coaxes you to his.

The third person in the ménage à trois, Hannah, never appears on the stage, but the way she has been written, there is no need for her to. Allegedly undemanding and adverse to conflict, Hannah is on the surface everything that A isn’t, less demanding of B in terms of energy and moral integrity. Many things are attributed to Hannah and she’s supposedly responsible for A and B’s actions, but ultimately we never know for sure if either A or B are 100% truthful as far as she’s concerned.

Set designer Lucy Osborne kept the decor for the show very simple. As a lot of the action takes places in front of the proscenium curtains, the use of props on stage to depict places such as the gallery and pub are kept to the bare essentials, with the exception of the climax of the show. Nothing is left to distract from the actors telling their story succinctly.

Bartlett’s observations on friendships – that most universal of relationships – are razor sharp and drive the play along. At its core, An Intervention deftly shows how caring for those within our social circle and civic responsibility are not mutually exclusive. In A’s case, it is an all-encompassing attitude to life. Yet B reminds us of how in practice, friendships and who we care for at different stages in our lives are fluid things, which can lead to all sorts of misunderstandings and tensions.

An Intervention asks a lot of questions, but as it is so well-written and performed, it doesn’t feel didactic. A thoroughly enjoyable evening all round. Incidentally, An Intervention boasts the use of the longest word used in Shakespeare’s canon: ‘honorificabilitudinitatibus’. Try using that the next time you play Scrabble!