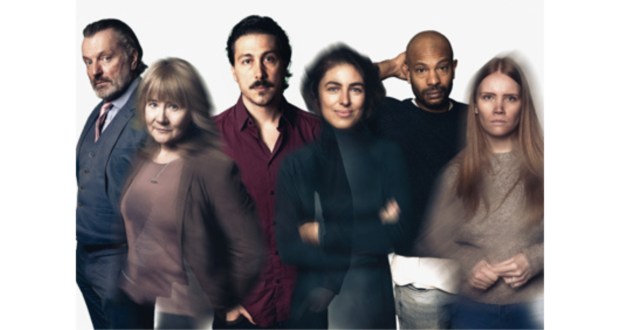 Author: Everything Theatre in Features and Interviews 15 June 2022 0 754 Views

Diversifications is a female centric play about three women who meet in the waiting room to receive the results of their genetic testing. Each has something that the others desire; children, career or freedom. And all desire change.

A year on from that first encounter, their husbands and partners meet, this time to examine the choices the three women made on that fateful day one year ago.

The play promises to look at the male versus female perspective on topics as wide ranging as marriage, love and parenthood. And it promises to do so with plenty of humour, however serious life may get.

Ahead of opening at Old Red Lion on 16 June (tickets here), we caught up with the show’s producer Kaara Benstead to find out more.

What attracted you to the script originally and made you want to produce this play?

I really liked the journey the play takes you on through each of the couple’s stories. I also liked that two of the female characters are 40+ and 50+ in age range, as I do not think there are enough acting roles for the older female. The play made me feel all different emotions as there are laugh out loud moments even with the play being about a serious subject. I wanted to produce it as I wanted to have an all female creative team and I do not feel there are enough working class female producers in the industry.

The play is described as female centric, does that mean it explores its themes very much from a female perspective?

You do get to hear the men’s perspective and also what each couple went through and the different dynamics in the relationship. It is female centric as it is about the women’s choices and why they made those choices.

Without giving too many spoilers, it appears that the three women don’t survive to the end of the play, does this make it a sad play or can you still be upbeat and celebratory even when there appears to be so much death present?

The audience knows from the beginning of the play that the women are dead, as the men meet on the anniversary of Samantha’s death to try and understand why the women made the choices that they did. The play has a whole range of emotions including a lot of laughter as we explore the relationships between the couples, the women and the men. The characters are very relatable and I think people will resonate with the different characters and their approach to life.

As producer, how much input do you have in how a play develops?

I have been onboard with the project since 2020 and we have had two read-throughs, one on zoom, one with an audience. I have been a part of all the organising from finding a theatre, to finding the cast with help from Jane Frisby Casting. Sitting in on auditions, finding the creative team, finding a rehearsal venue and all the little things in between. Natalie Ekberg (the writer) has been a massive support with everything and we have regular meetings to make sure everything that needs to be done is getting done. I am also performing in the role of Corinna, so now we are in rehearsals that is when I focus on the acting in the rehearsal room and leave Jess (Barton) is in charge!

That’s Jess Barton from Fight or Flight who is directing, what does she bring to the play that made you want her onboard?

We had been looking for a Director for a while but none of them felt right. Jess came recommended first through a theatre contact (Miranda Harrison from Page to Stage) and then through The Old Vic’s call for theatre professionals on Twitter. We reached out to Jess and sent her the play. When we met afterwards, to discuss it, we were impressed how much Jess ‘got’ the play. She connected instantly to the topics we were exploring, she found the play funny yet emotional, she appreciated the pace we were aiming for and she was up for the challenge that the play offered – connecting multiple time lines through multiple characters, who never leave the stage!

I felt from the beginning of the process that we needed a female Director. With Jess, we didn’t need to explain any intentions behind specific lines, she understood it all instantly.

And what is it you hope the play will say to its audience, and what they will be discussing back in the pub over a drink come the end?

When the play was first performed as a short play, the organisers of the evening had to halt the debate that followed. The whole premise of the play is about life choices. We believe the audience would discuss why the characters made their decisions and whether they were justified. They will discuss if they, as individuals, understand and support these choices or whether they condemn them. There will be parts of the audience who will disagree with the actions of some of the characters and that’s ok with us. We want to have a debate. We want the audience to think about the fact that we should pursue our dreams in life while we can and not wait for a specific moment.

Many thanks to Kaara for taking time away from both producing and rehearsals for Diversifications. The play opens at Old Red Lion 16 June and plays until 2 July. Further information and tickets can be found here.