You can use WP menu builder to build menus
Home » Features and Interviews » Interview: Face Off with Fight or Flight

Interview: Face Off with Fight or Flight

Author: Everything Theatre in Features and Interviews 7 May 2022 0 328 Views

Don’t Forget My Face was such a success last year when it played at the Lion and Unicorn Theatre that they have been invited back for a second run (17 – 21 May, tickets here)

The show sees twins Rhea and Jack share everything together, hardly ever apart. But what happens when one of them gets the opportunity to move on, and break that special bond they have always had?

And as here at ET we aren’t afraid to jump on a bandwagon if we feel it’s going our way, we thought this would be the perfect time then to catch up Fight or Flight‘s Jess Barton and Ross Kernahan, the people behind (and in front) of the show, to find out why we should get along to see the show now we’ve been given a second chance.

How good does it feel to get invited back to the Lion and Unicorn then?

It feels great! As associate artists of the theatre it’s amazing for there to be a home for our work, and to have the space to experiment and play with new ideas. David [Bardy], and the rest of the L&U team, have always been incredibly supportive of us and other companies in creating the work that we want to make first! We’re so delighted to be invited back after our last run was jinxed by the Omnicron wave, and for audiences to have another opportunity to join us!

The show is about twins – is that something either of you have experience of? Or if not, what brought you to writing a play about them?

We’re not twins, but we both have siblings, and there are definitely parts of our own sibling relationships written into Jack and Rhea. However we were mostly interested in the idea of two people with near identical upbringings who react to life events unfolding around them in a very different way – there’s also something fascinating in the way we can remember a shared memory so differently! We wanted their sense of shared identity to be put into flux, to challenge their similarities and begin to embrace being different people. Many of us, ourselves included, rely on family a great deal to get through modern life – we think we cannot know anyone any better – and yet these people will still surprise you about who they really are and what they share with you.

As well as writing the play together, Ross acts (alongside Aimee Kember) and Jess directs; how easy is it to be subjective when you are so heavily involved to be able to see when maybe things aren’t quite right and need a little tinkering? 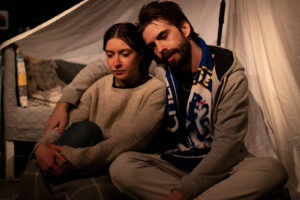 We’ve been working together for nearly a decade now – which makes the play’s theme of turning 30 feel all too familiar! – and have learnt to trust each other’s instincts, as they’re usually very similar to what the other is thinking. We also made sure to invite an outside pair of eyes into the room –  our dramaturg, Farah Najib, came in and asked all the big questions to keep us honest.

What has been particularly enjoyable about making this show ourselves, is the freedom to play and develop the piece as we go. We learnt a few years ago that we really enjoy challenging and interrogating a show and its characters – so we’re constantly learning and finding new things within the script. It’s always a joy when something catches us by surprise! 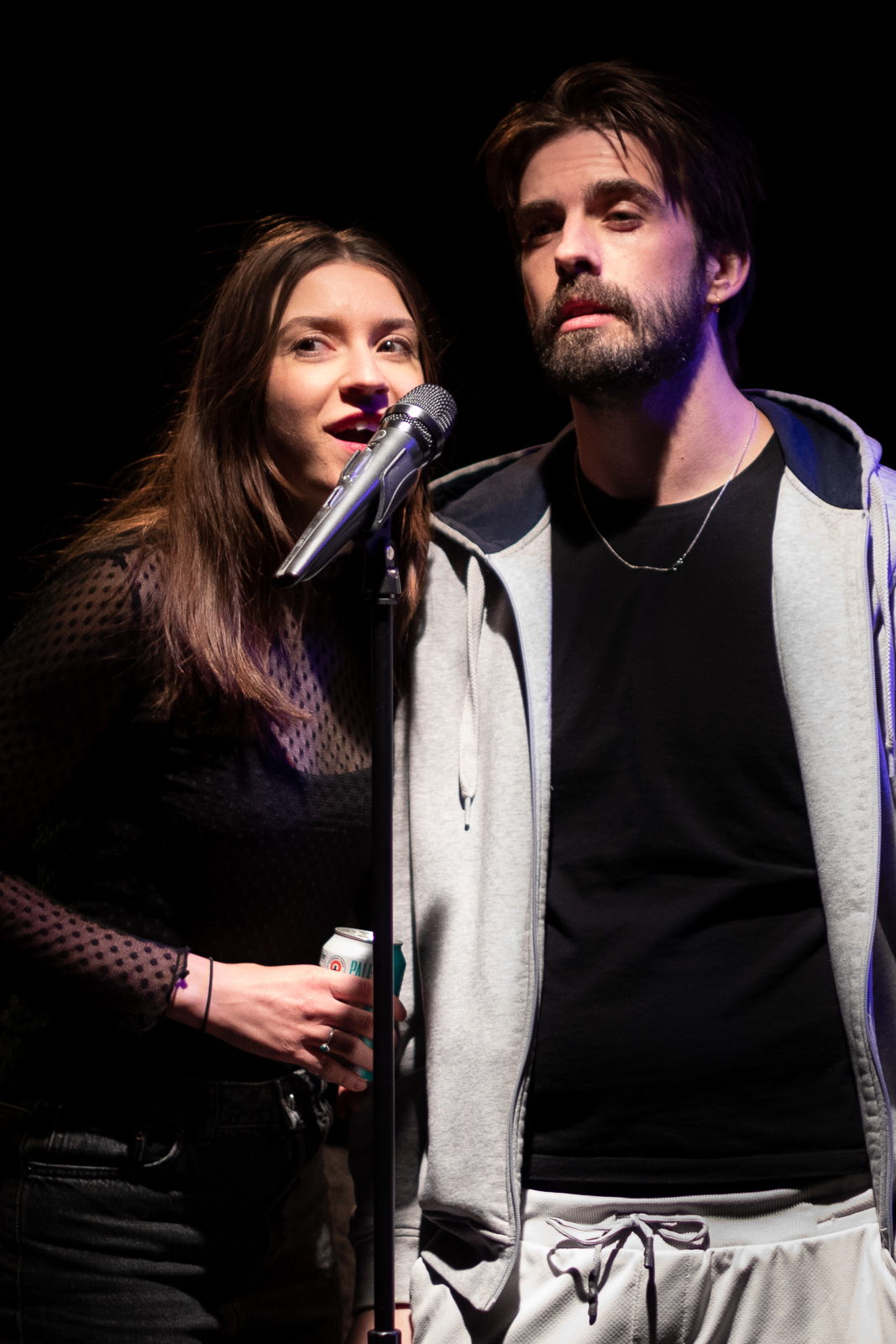 For those who didn’t see the show the first time at Lion and Unicorn, what can we expect if we come this time?

We hope you’ll laugh, and cry, and ultimately be entertained – but also come away with a different appreciation of the people who support us through life! This is a play that celebrates the small moments that exist within the really big ones, whilst also confronting how overwhelming life can be. It was important to us to acknowledge how global events – and the habit of constant media consumption, and seemingly endless doomscrolling – can destabilise a person’s mental health, and how that is a very valid experience. When combined with our own, often non vocalised personal crises such as loss, family tragedy etc it can lead to explosive and mentally damaging behaviour – which you may witness when you see the show!

Ultimately, this is a play about questioning the version of yourself that you present to the world, learning to live with grief, and figuring out how to challenge the pressures of societal expectation!

Have you made any major changes from the original version you put on stage the first night?

Since our last run we’ve been able to step back and look at what worked and didn’t work as well. We never had an R&D session when creating this show, it was put together rather quickly! So our first run was extremely useful in gauging audiences’ responses, and also in revealing things to us that perhaps we didn’t see at first! Since then we have been able to look at the script and address some imbalances, refocus some themes that didn’t get the limelight they deserved, and hone the story down to be what we really wanted it to be.

A second run at Lion and Unicorn, so obviously some mutual appreciation between you and the venue. What is it that makes this theatre such a fantastic place to put on a show?

The London fringe theatre scene is always evolving, and despite the incredible hardships these venues have faced over the last few years the ones that survive seem to be shifting for the better: lower/zero hire costs, more production support, more interest in new work etc – it’s great to see – but these are things the Lion & Unicorn has been doing for years thanks to its AD David Brady. Their motto ‘be who you want to be’ feels very apt – in our experience, we have always felt in complete control of the show when we are in their venue. It’s a wonderfully open place to work, and allows us and other companies to be bold and take risks, which is exactly what theatre should be doing in our opinion. We just feel incredibly lucky that the theatre likes our work and continues to support us in doing what we do.

Is this the last hooray for Don’t Forget My Face then, or do you have further plans for it?

And if not this show, what do you have in the pipeline next then?

We have hopes of creating something new later in the year – although what that might be is anyone’s guess right now! We will have to see if the rest of 2022 has something that will inspire us – for better or worse!

Our thanks to Jess and Ross for taking time out of their busy day to chat with us. Don’t Forget My Face will play at Lion and Unicorn Theatre between 17 and 21 May. Further information and bookings can be found here.

Previous: Interview: Over The Bridge, Into The Shed
Next: Review: Dog/ Actor, Hope Street Theatre – Liverpool 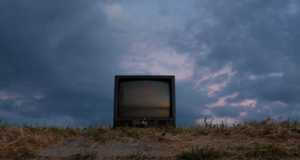