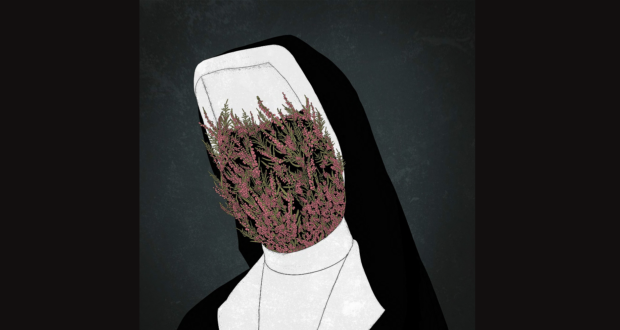 Camden Fringe 2021 Sisters of Charity assumes much of its audience from its very first moments. Most importantly, that you have at the very least a basic knowledge of Magdalene laundries. Less importantly, that you have some memory of Bewitched (the 1960s series, not the band); not so as to understand the play, but to appreciate a delightful moment later on. The whole play takes place within the plain dorm room of Maggie (played by writer Aurelia Gage). Her peaceful and serene existence is rudely interrupted by Janine (Chloe Taplin) who is forced to share her sleeping quarters. Janine&hellip;

Moving and ultimately heart-breaking, this subtle and assured show about ‘fallen women’ never forces its subject upon you, but instead shines a light on an unsavoury history.

The whole play takes place within the plain dorm room of Maggie (played by writer Aurelia Gage). Her peaceful and serene existence is rudely interrupted by Janine (Chloe Taplin) who is forced to share her sleeping quarters. Janine is everything Maggie is not; loud, brash, quick with her words and very angry at being there. After all, she has been pulled from the arms of Mickey, the father of her unborn baby. Why? Well, that’s where your prior knowledge comes in handy.

It is not much of a surprise that, after some initial distrust, the pair bond, sharing their stories as the nights, and Janine’s pregnancy, go on. Janine’s story is of course obvious; pregnant and unmarried, she has been hushed away to avoid embarrassing family and church. It is Maggie who is more of an enigma, and it is her story that when finally told explains so much, not just about Maggie herself but about the realities of where they are.

Proceedings are, with one important exception, kept suitably low key by director Adelina Uglow. She allows Maggie and Janine’s friendship to develop through their whispered night-time conversations, showing how they learn to trust each other, to affect each other in the most subtle of ways and only then to share their secrets, all without any fanfare. The monotony of life under the gaze of the nuns is portrayed by simple repetition, the days flashing by as the pair repeat the same routine over and over, even as Janine’s pregnancy becomes more obvious in her simple uniform.

When the play reaches its all-important zenith and Maggie for once shows a reaction, her scream of “you were meant to protect her” is clearly about more than just Janine, except you are still left to wonder what else it could mean. It is credit to Gage’s acting that she finds anger after so much serenity. It is a moment of utter despair that you just know will need more answers before the play concludes.

Gage and Taplin draw everything out of their characters in the most subtle of ways. Gage does remarkably well in her slow approach to everything, never rushed by Taplin’s more energetic Janine. They also handle the need to respond both verbally and physically to the nuns to whom they respond with hushed tones. It is a little odd at first to hear Gage respond to unheard questioning, but soon you are almost hearing the nuns in your head as the pair react in their own unique ways.

The history that Sisters of Charity addresses is a sorry one (and one well worth spending some time exploring). It is a history that is more than done justice by this wonderfully delicate play. Even the heart-breaking conclusion is done without any real flourish, almost matter of factly, before moving on to another day as if to demonstrate that what happens may have shocked us, but in the world of Magdalene laundries is just another statistic to be quietly ignored, never to be spoken of again. It is certainly a play that could work well in a longer format, allowing it to flesh out the supporting characters that are currently left to the imagination. But for now, what we have is more than enough to bring alive a subject whose voices still need to be heard.

Sisters of Charity played as part of Camden Fringe and has completed its current run.

Previous: Review: All That, King’s Head Theatre
Next: Review: Paperboy, Lion and Unicorn