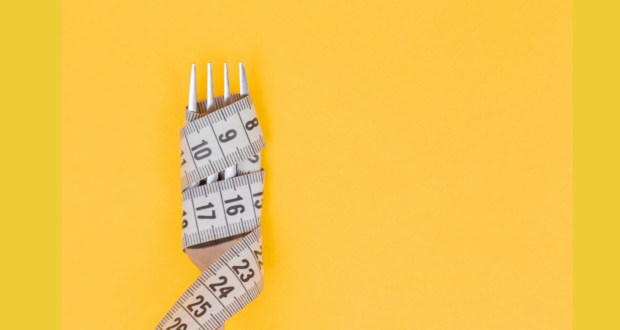 For a play that on the surface is about body image, starting proceedings with Bon Iver’s ‘Skinny Love’ playing in the background is both a wonderful musical gag, as well as a rather bold opening statement. If you are going to begin with such a classic song, you really need to ensure what follows can match: you really don’t want the song to be the highlight of the evening! Labyrinth Diet centres around a clothes swap party being thrown by Georgie, childhood friend of Louise (Anjelica Serra). But Louise feels completely out of place, her ‘average’ size not in&hellip;

A well-crafted play that addresses both body image, the need to fit in and class without being too preachy about it.

For a play that on the surface is about body image, starting proceedings with Bon Iver’s ‘Skinny Love’ playing in the background is both a wonderful musical gag, as well as a rather bold opening statement. If you are going to begin with such a classic song, you really need to ensure what follows can match: you really don’t want the song to be the highlight of the evening!

Labyrinth Diet centres around a clothes swap party being thrown by Georgie, childhood friend of Louise (Anjelica Serra). But Louise feels completely out of place, her ‘average’ size not in keeping with everyone else, who seem much thinner. It’s not just her size that makes her feel out of place, it’s also that all of Georgie’s friends are a little posher, more refined, have much better jobs. As well as worrying that she won’t fit in the clothes, she equally worries she won’t fit in with their world.

As a plot device, it’s well crafted. The clothes swap party allows for many layers, discussing fitting in both physically and emotionally, along with social standing. After all, if you’re giving away your old frocks, it’s going to show everyone what you can afford to buy in the first place. It’s most strikingly used with the yellow dress Louise has brought along, a dress they all try on, allowing her to muse “I see different versions of who I could have been.”

Serra’s performance is energetic; it has to be as she is the only actor on stage, but is called upon to cover every person at the party. She flings herself from one spot to another to give voice to both sides of a conversation, slowly becoming (intentionally) breathless through the efforts; another demonstration of her larger frame slowing her down. It doesn’t always work. When you’re trying to portray at least half a dozen different woman the lines can blur as to who is who. But when she is simply being Louise, Serra is a delight, one moment a bundle of nerves flying around the room, the next seemingly trying to disappear into the walls.

Laura Horton’s writing mostly hits the right notes, allowing the differing layers to be peeled away without ever being too blatant. If anything, it feels at times as if she is slightly embarrassed about raising the class question too much, making us doubt if we are maybe reading too much into her meanings. But then she brings it back wonderfully with talk of Georgie’s friends getting jobs through family and friends of their fathers, not hard work. The socialist in me desperately wanted to see more of this!

What is clear is the positive message Horton offers that it’s ok not to fit in, whether that be to a size eight dress or with people who come from very different backgrounds. It is important to accept yourself and be happy with who and what you are, and that’s a message that can never be loud enough, as we witness the damage done by feeling you don’t belong.

Come the end I’m left thinking back to ‘Skinny Love’. Did the play do justice to the song? Absolutely. Because what Labyrinth Diet offers is a positive look at topics that are important, written from the viewpoint of someone clearly not born with a silver spoon in their mouth, or contacts to give them a leg up when needed. This show is another win for The Space in their efforts to allow new voices to emerge when there is a story to tell.

Labyrinth Diet is playing as part of The Space’s Foreword Festival. It plays live until 12 June, and then can be watched online for two further weeks. Full details via the below link.

Previous: Playlist: ET radio show 9 June 2021
Next: Interview: Aaron-Lee Eyles on “I Didn’t Want This, I Just Wanted You” 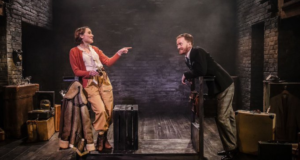