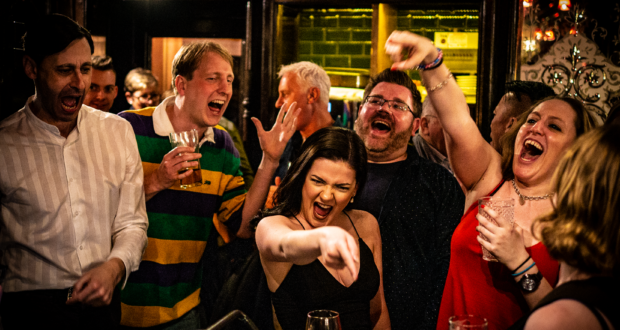 Beneath the City of Quebec (London’s oldest LGBTQ pub), near Marble Arch Station, there is an antidote to a long work week. There’s an almost tangible feeling of welcome as you walk down the steps to the underground musical theatre piano bar, aptly named Overtures. Michelle, or another member of the management team, greets you at the helm to take your coat. Musical theatre legends line the walls: Judy Garland, Barbara Cook, Elaine Stritch, Angela Lansbury. Around the corner, a group stands around a piano, singing freely. You can’t tell who has come with whom, because the piano and its tireless musician are the centre of attention. It’s like a spell . . . two minutes into arriving and some sort of freaky gravitational pull draws you in to orbit a planet of showtunes. Fast-forward four (or six . . .) hours and when it is time to go leave, you’ve found you’ve made approximately fourteen best friends, your throat is hoarse, and you wonder if you’ll ever be able to wander into a ‘regular’ bar again.

I caught up with Overtures’ founder, Ray Rackham, a couple of hours before returning to witness the bar in full swing. After stating halfway through that my heart was hurting from hearing about the wealth of incredible stories that have been lived in the bar’s six-month life, Michelle Hutchings, General Manager extraordinaire, forewarns me: ‘You just wait until tonight’. And she is right. Overtures is an absolute tonic. The ultimate distraction from the outside world.

Please tell us about Overtures!

Ray Rackham: Overtures is London’s only dedicated musical theatre sing-along piano bar. We exist solely and exclusively for the celebration of the musical. Nights here are quite riotous. We have a whole ton of people turn up each evening and they are here to sing as one. In one evening, we can go from the golden era of Broadway right up to Hamilton. We are not so much of a request bar, as our musicians feel what the room is telling us to play. We have about ten pianists on our books who can pretty much play anything. It is the perfect atmosphere: a combination of love, passion and showtunes!

How did all of this begin?

RR: Last summer, for my birthday, I decided to bring two pianists brought over from Marie’s Crisis Café in New York [an iconic musical theatre piano bar in Greenwich Village]. For years, I’ve been going to Marie’s. I remember calling Michelle after going one time and saying, ‘I’ve had a bit of a crazy idea . . .’

We ended up extending the original party from two days to six days, singing showtunes from 6pm to 2am. Clearly London was missing something.

RR: Yes! And we’ve survived. It’s become a success. We’re really humbled by it. I never thought in a million years that we would be able to open a bar, having had no experience in running an entertainment establishment. Our bread and butter is producing plays and musicals.

I’m a big believer in the ‘fake it to you make it’ philosophy. If you have a good idea, sometimes you just have to go with it.

RR: The idea was so strong. In New York, Marie’s has been running for decades. There’s something in the air at the moment in London: people want to feel happy. They come down to Overtures for a few hours of absolute joy.

Has the vision matched the expectation?

RR: It’s gone above and beyond. When we started, I was worried that people wouldn’t know the lyrics to the songs, or that the British reserve would kick in. That there would be inhibitions and people wouldn’t want to let themselves go and sing in full voice.

That was disproved in about twenty minutes of our first opening the doors.

The most important thing, and where it has exceeded our expectations, is that we have built a family here. It is an island for misfit toys. If you didn’t have a home on the London pub scene before, now you have.

Well that’s musical theatre all over . . . A space that has always been there for people who don’t fit in.

RR: For me, Overtures is the construction of a chosen family. If you’re here for your first experience, our regulars are our greatest ambassadors. If they see someone looking a little bit scared, they will welcome them in and sit with them and make them feel welcome. And nobody is the star. The showtunes are the star.

RR: “Skid Row” from Little Shop of Horrors. Everyone just goes off on one! Also, it’s a bit cheesy, but “One Day More” from Les Misérables. You can see the punters deciding which character they want to be. These are the moments the magic truly happens.

There is a Barrister who sits at the end of the bar and sings “Bring Him Home” and “Stars”. When he first sang, there were a ton of people singing along but now, everyone just goes quiet, and you just hear this one beautiful voice. It’s a real visceral moment where the whole bar comes together to support someone.

Michelle Hutchings: We had loads of men in one night, and they sang “You’ll Never Walk Alone”, and it was so special. They sang beautiful harmonies.

What’s the best cocktail to accompany your night here?

RR: The one that everybody seems to love is the Espresso Martini. Also, because we are so closely connected to the Broadway theatre vibe, the Manhattan goes down well.

This bar is the antithesis of that horrible feeling where you’re scared of singing too loud at a house party and waking the neighbours.

RR: Absolutely . . . we’ve made something happen that I am so proud of, and the main reason is because we are making a lot of people happy. The world can be a dark and nasty place, but if you come down here, you smile until you go home.

Jim Henson [creator of The Muppets] said he had a dream about singing and dancing and making people happy. He said it was like he found a whole bunch of friends who shared his dream.

It kind of makes us like a family. That’s what Overtures is.

Overtures is beneath The City Of Quebec, Marylebone, London W1H 7AB, and is open Wednesday – Saturday between 6pm-2am. 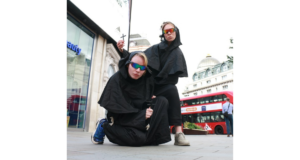 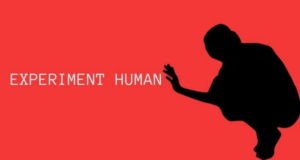 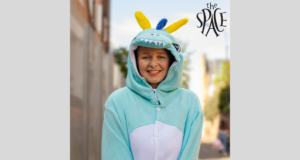