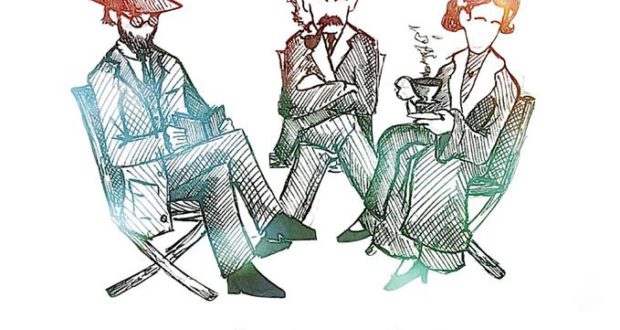 Pros: Some interesting locations, and a free cocktail.

Pros: Some interesting locations, and a free cocktail. Cons: Amateurish performances, a misplaced nose stud and a dull, humourless script. As part of this year’s Bloomsbury Festival, the Bloomsbury Hotel plays host to a play about the Bloomsbury Group - a coterie of artists, writers and thinkers who drove England’s intellectual debate in the early years of the 20th century. In 1920 the group set up the Memoir Club to promote honesty in autobiography, and that’s the inspiration for this collection of three stories told by leading members of the group. The first act features Virginia Woolf describing her&hellip;

The Bloomsbury Group was known for its wit and sparkle, both of which are sadly missing here.

As part of this year’s Bloomsbury Festival, the Bloomsbury Hotel plays host to a play about the Bloomsbury Group – a coterie of artists, writers and thinkers who drove England’s intellectual debate in the early years of the 20th century. In 1920 the group set up the Memoir Club to promote honesty in autobiography, and that’s the inspiration for this collection of three stories told by leading members of the group.

The first act features Virginia Woolf describing her half brother’s transition to becoming head of the family, a process fraught with lascivious ineptitude and beset by disapproving aunts – “They are not used to young ladies having opinions,” Woolf is informed. In the second act we witness the economist Maynard Keynes travelling to Germany in the aftermath of the First World War, recounting his part in the peace negotiations. Finally, it’s the turn of writer Lytton Strachey relating “an unremarkable day” during the period when he was exiled to work on a farm for being a Conscientious Objector.

Members of the cast each play three or four different roles to flesh out memoirs, donning a jacket, a moustache or a bonnet to signify a change of character and gender. But the amateur dramatic nature of the performances makes it hard for the audience to fully engage; only Madeleine Joyce, as Virginia Woolf, has any real strength as an actor.

The lack of attention to period detail also makes it difficult to suspend our disbelief – whether it’s the frequently anachronistic language; Lytton Strachey insisting that this week’s Sun is the Daily Mirror from 1916; his occasionally toying with a ball of knitting for which he has only one needle; or Maynard Keynes’ refusal to remove his nose stud for the performance.

The event starts in the bar of the hotel, where you’re given a gin and tonic while you wait. Because this is billed as an “immersive” show, you then climb two flights of stairs to the hotel library for the the first memoir. Halfway through the second act you decamp to a conference room for the political wrangling; then it’s back to the library, before moving back downstairs to a covered outdoor bar midway through the final act. The changes between rooms are awkward and clumsy; there’s more to true immersive theatre than simply shuffling to a different seat.

The real problem, though, is that the stories are too long and too dull. Writer and Director Anjali Bhat has derived her script from the published writings of the three chosen protagonists, but there’s a lack of wit and humour that could have raised the text from its mundane level. There are frequent apparently improvised comments and asides from one or two of the actors, but they’re delivered with such lack of conviction that the the rest of the cast never knows whether to respond or ignore them; a shame, because this is a script that really needs some life breathed into it.

Previous: Peter Glanville on Bringing ‘How to Hide a Lion’ to Life
Next: WIN TICKETS TO SEE CHICAGO AT THE PHOENIX THEATRE