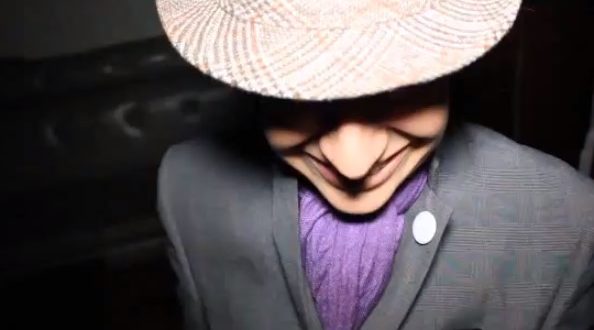 Pros: Funny and energetic take on ancient approaches to modern dating. Cons: Needs a little fine tuning on the writing side. Amelia (Natasha Zierhofer, also the writer) has sucky luck finding love, while her flatmate Jo (Jade Love) has a different man lined up for every day of the month. Deciding finally to pursue her childhood crush, Julian, Amelia visits Luna (Anca Vaida), a spiritual vagina therapist who agrees to perform some rituals to turn around Amelia’s luck with Julian (Alexander Hayden James-Smith). So goes Sex Magick, presented at Barons Court Theatre by Primal Theatre. Sometimes, more than you need&hellip;

Comedy, clowning, black magic, sexual healing, rituals and cross-dressing. Tell me that doesn’t sound like a good night out.

Sometimes, more than you need to analyse a piece of theatre once you emerge from it you just need to ask yourself, did I have a good time? Was I entertained? I felt both these things after Sex Magick. I saw every actor putting every fibre into their often very physical performances, and seriously, some of the scenes took guts to pull off. Consider my hat tipped. Barons Court Theatre is something of a confined space, for audience and actors both, but the performance area never appeared cramped or insufficient, which demonstrates good direction and confident occupation of the space by the actors. The characters were well drawn, each totally different from the other, but all recognisable. We’ve all had that friend who seems to have all the love luck; we’ve all been that person whining to the skies about our love lack; we’ve all had that crush on that one guy/girl; we’ve all known a kooky vagina shaman… Oh. Just me?

Where Sex Magick needs work is with story and pace. I felt I was watching an early draft. The writing, whilst having a lot of funny lines, needs fine tuning. There is not enough going on for it to last an hour and a half (without interval), which results in the pace sagging as the action becomes what feels like a string of back and forth visits by Amelia to Luna and Equador. The sexual healing rituals, whilst performed wonderfully, do not build in either shock or humour. They could have started subtle, then built to a climax of outrageous comedic sexual clowning. Instead they start funny and inventive and so only have a certain distance to raise the bar throughout, so the comedic value of them fades rather than grows as the characters continue to visit the healer. I felt this lack of rising tension was also reflected in the overall story. Amelia starts out pretty, shall we say, stressed, and stays at the same level of stressed all the way up until she isn’t stressed anymore. There is little ebb and flow, no simmering to boiling point for her, which may be why the play dragged even though it was only 90 minutes. I got no sense of character arc, and while this didn’t stop me enjoying Amelia’s character, but it affected how the play felt.

I was impressed with the upfront approach to the content. If you’re going to put on a play dealing with love and sex and featuring a vagina healer, no sense in holding back. Primal Theatre definitely haven’t, and I got nothing but good vibes from the actors. I had fun watching the show. And everyone needs to have more fun.

Sex Magick has comedy, clowning, black magic, sexual healing, rituals and cross-dressing, all in pursuit of love. Tell me that doesn’t sound like a good night out.