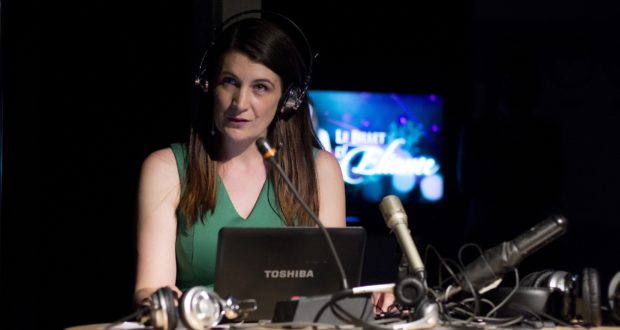 Pros: Very entertaining and well acted performance which reminds us how relevant Molière’s plays still are today. Cons: The political point that Furlong tries to make is forced and doesn’t fit the play. In his preface to Tartuffe, Jean Poquelin, better known as Molière, wrote that “if the purpose of comedy is to correct men’s vices, I do not see why any group of men should have special privileges. If this were so, it would have a far more dangerous social consequence than all the other vices, and we have seen that the theatre’s greatest virtue is its ability to correct&hellip;

Attractive adaptation of Molière’s classic Le Misanthrope in a contemporary setting that does not distort the original language.

User Rating: 4.9 ( 1 votes)
In his preface to Tartuffe, Jean Poquelin, better known as Molière, wrote that “if the purpose of comedy is to correct men’s vices, I do not see why any group of men should have special privileges. If this were so, it would have a far more dangerous social consequence than all the other vices, and we have seen that the theatre’s greatest virtue is its ability to correct vices.” This wisdom is not only relevant to all of us today, almost three centuries after his birth, but is also a refreshing reminder of the importance of theatre in society and its role within the public discourse. Luckily for London audiences, Exchange Theatre has brought the French playwright’s sharp acumen to the Camden People’s Theatre, with a brand new production of his best known work.

Set in a present-day TV and radio studio, David Furlong’s Misanthrope gives a modern twist to the classic. In his fight against hypocrisy and flattery, Alceste (David Furlong) has adopted the title of misanthrope. Hated and loved in equal parts by the media and the public for his blunt brand, his loyal friend Philinte (Simeon Oakes) tries to convince him to be more accepting of human weakness. A pompous artist, Oronte (Leo Elso), introduces himself on set, asking for Alceste’s opinion on his new musical sonnet. Candid as ever, the misanthrope suggests that the singer give up his aspirations, thus earning another enemy. Despite his hatred of gossip, Alceste is madly in love with the intelligent but shallow Célimene (Anoushka Ravanshad), the host of “The Tonight Show with Célimene”, a programme representing everything that he abhors. In his quest to win Célimene’s heart, the misanthrope faces the dilemma of how to live in a world that values falseness and frivolity over integrity and honesty.

Exchange Theatre’s production is without doubt original and very entertaining. Without deforming the adapted translation from the French original, they have given a contemporary touch which makes the play very attractive for younger (and not so younger) audiences who otherwise might not be drawn to 17th century classics. The universality of Molière’s themes, as well as the wit and comedy of the dialogue, make Misanthrope relevant 350 years after it was first staged. Not only that, the topics which Molière deals with in the play – the hypocrisy and insincerity of social interactions – are today more significant than ever. The multicultural and bilingual cast are very well chosen, and suitably represents our globalised 21st century.

The failing of the production lies in its attempt to make a political point. Advertised as “Molière vs Fake news”, there’s nothing in the content of the play that could suggest an opposition to the wave of right-wing populism which today hoists the fake news flag. At one point in the performance the lights dim, and we see on the screens a footage compilation of Trump, Marine Le Pen, Nigel Farage and Kellyanne Conway glorying in their most infamous moments, including the president of the USA referring to African nations as “s*** countries”. Furlong wants to convey his rejection of this poisonous and neo-fascist political speech, but it just doesn’t fit into The Misanthrope. The message has the potential to completely backfire as Trump, Farage and LePen present themselves as the “misanthropes” who denounce the hypocrisy of the media aristocrats, and who have a complete disregard to the politesse of our age – even if they do it using distorted facts and dangerous demagoguery.

Leaving the politics aside (if only one could!), Exchange Theatre’s production of Misanthrope is entertaining and highly recommended.

Previous: How Festivals are Changing the Way we Think About the Performing Arts
Next: The Tempest, St Paul’s Church Yard – Review