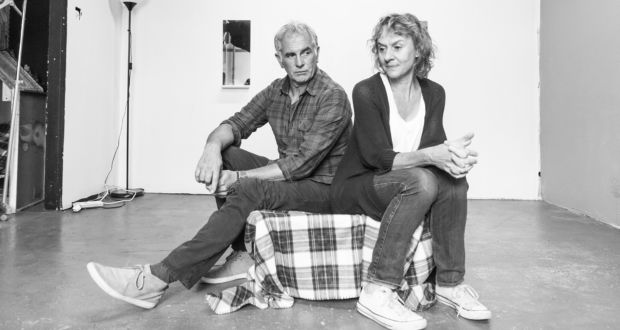 Pros: Niamh Cusack’s performance is so intense you find yourself staring at her wondering what she is going to say next.

Cons: Accessibility could be an issue for some, as could the rather blue language.
Unfaithful, Found111 – Review

Pros: Niamh Cusack's performance is so intense you find yourself staring at her wondering what she is going to say next. Cons: Accessibility could be an issue for some, as could the rather blue language. Found111 is certainly not a theatre for those of a nervous disposition.  At first, Found111 looks like another abandoned building, complete with broken windows and even a large painted "sale" sign on its upper floors.  It's a wonder the building hasn't been condemned. Once inside, it's a trek up so many stairs that the trio of lovely ladies in front of me were apologising&hellip;

A finely written and performed piece of drama in a very interesting venue.

User Rating: Be the first one !
Found111 is certainly not a theatre for those of a nervous disposition.  At first, Found111 looks like another abandoned building, complete with broken windows and even a large painted “sale” sign on its upper floors.  It’s a wonder the building hasn’t been condemned.

Once inside, it’s a trek up so many stairs that the trio of lovely ladies in front of me were apologising for being so slow.  It’s  not until you reach the very top that Found111 transforms from a run down and neglected building into a stunningly crafted bar and finally, into the theatre itself, with a simple centre stage and mismatched chairs on either side.

Unfaithful is, as the title suggests, a play about being, well, unfaithful. The play follows the story of two couples, Tom and Joan in their 50s and Peter (Matthew Lewis – yes, he of Harry Potter fame, but don’t let that put you off as he isn’t wearing a cape here) and Tara (Ruta Gedmintas) in their 20s, all of whom are having an existential crisis. While Tom and Joan question whether life has passed them by, Peter and Tara question what they want from life and whether they will ever find it. The production considers the nature and depth of the characters’ unfaithfulness to themselves and to their partners.

Paths crisscross: Tom has cheated on Joan, his wife of thirty years, with (not much of a spoiler to say) Tara. The older pair, intensely played by Sean Campion and Niamh Cusack, perform well together. In the intimate space of Found111 you can literally see the spittle fly.

Unfaithful is also an extremely blunt production. Within minutes, the audience hears a very graphic sexual description of what has taken place between Tom and Tara. If your heart struggled to make it up Found111’s stairs, this description may just finish you off.

Unfaithful is also a powerful production performed by four actors who clearly know their craft. Well defined scenes lead us through the two couples’ intertwined relationships. Tara re-enacts what happened between herself and Tom, only for Joan and Peter to somehow upstage her with an encounter of their own. If earlier scenes were shocking, then this is the equivalent of licking your fingers and putting them directly into the power socket.

Seeing Niamh Cusack curse and rant as she releases her pent up frustrations at the unflappable Tom is worth not only the price of the ticket but the trek up all those stairs. All four actors may excel but it is Cusack who steals the show as first the wronged woman and then a woman who realises that even in her fifties she can be sexual.

Unfaithful is a sexual play. Sex has a different meaning for each character, whether it is purely cursory, used to feel younger or used to demonstrate love. This production isn’t suitable for those who are easily offended by swearing or by very explicit descriptions. As someone who isn’t worried about such things, even I found myself squirming once or twice.

Provided you don’t mind the language or subject matter, Unfaithful is a drama that keeps you on the edge of your rickety chair throughout and portrays what it is like to worry about whether life has, or is, passing you by.