Home » Opinions » SLEEPLESS: Living in the Shadow of a Genetic Condition 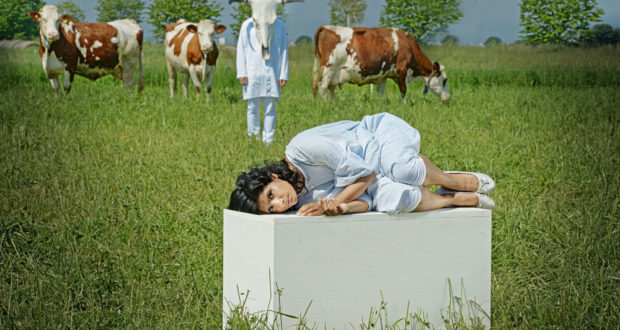 SLEEPLESS: Living in the Shadow of a Genetic Condition

If a fatal genetic disease ran in your family, would you want to know? How could knowing affect the way you live your life and the decisions you make? And what are the consequences of not taking a test when one is available?

These are some of the questions being taken on by the scientifically-driven theatre company Analogue in Sleepless, a new production currently running at Shoreditch Town Hall. Bringing together the scientific fields of sleep research and prion theory to explore how we decide the value of a human life, Sleepless focuses on those whose DNA dictates their unfortunate fates. In this guest blog, Sleepless writer and director Hannah Barker explains a bit more about the company’s impulse to use theatre to make sense of this painful genetic struggle.

A few years ago, we came across a true story: The Family that Couldn’t Sleep. It’s a terrifying account of one family’s battle with a rare genetic condition that leaves them completely unable to sleep. Caught in a desperate no-mans-land, somewhere between sleep and wake, their ability to walk, communicate, distinguish between reality and fiction dissolves, and family members can only watch in horror as sons, sisters, aunts and fathers become zombies before their eyes, over a torturous 9-18 months. The disease is called Fatal Familial Insomnia (FFI).

It belongs in a horror movie, so how did it come to inspire our latest theatre show?

Since Angelina Jolie announced she was having a double mastectomy following the discovery she carried the BRCA1 gene, a wider debate has raged around the ‘right’ or ‘wrong’ response to a positive genetic test. Thrown into that discussion is a question about responsibility –specifically, the responsibility you have as a carrier to your children.

I carry the same faulty BRCA1 gene. I’ve known for sure since testing positive for it at the age of 30, but my mother made no secret of it, and a long line of breast cancer in my family made it almost inevitable. I count myself lucky – survival rates are high and we have ongoing support, arguably because it affects a large enough percentage of the population to attract the funding it needs.

But would I want to know if there was no chance of survival? I’m not so sure. Why? Because there’s the likely chance you might just give up. In the prick of a needle, all your dreams and ambitions could disappear. Suddenly you are uninsurable, your future is uncertain, potential employers and partners may look at you differently, and what was once a joyful prospect – having a child – is now an act of cruelty, knowing the legacy you are passing on.

With FFI, the chances of passing on the gene to your offspring is 50%. The disease tends to strike after child-bearing age, so before a test was discovered in the 90s, mothers and fathers would not know if they themselves carried the disease until it was too late. Now, there is a definitive answer – and with that, the responsibility is unavoidable. While carrying the gene does not guarantee getting the disease, the presence of a test shifts the ball into the potential carriers’ court. They cannot rely on faith and hope, and for many that might mean the end of the simplest of dreams: a family.

I don’t think you need to have a genetic condition to understand the pain of a decision like that. And the disease overshadowing your future does not need to be as extreme as FFI to appreciate what it means to turn your back on something you desperately want, just because you happen to be one of very few unlucky people.

There is a human story here beyond what could otherwise just be a curious, terrifying disease. We wanted to use theatre – and specifically the symptoms of FFI, where dream and reality are at times indistinguishable – to get audiences to consider what might be at stake for a person living under the shadow of such a disease. Because sometimes the threat to the things we take for granted prove the most bitter pill to take.

Sleepless is currently playing at Shoreditch Town Hall through 14 September.