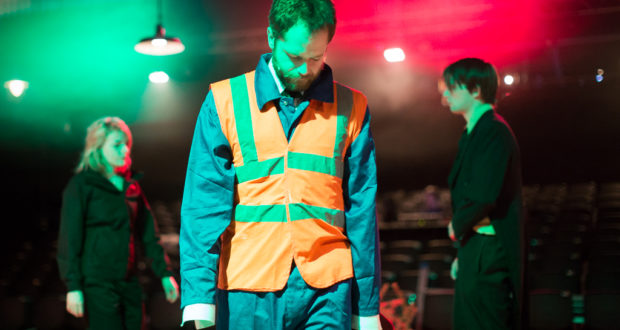 Pros: A fun-filled evening, with an amiable collection of comedians, delivering Shakespeare, in a very enjoyable venue.

Cons: If you aren’t familiar with this classic Shakespeare play, there is absolutely no hope of following the plot.
Twelfth Night With Comedians, London Wonderground – Review

Pros: A fun-filled evening, with an amiable collection of comedians, delivering Shakespeare, in a very enjoyable venue. Cons: If you aren't familiar with this classic Shakespeare play, there is absolutely no hope of following the plot. Everyone is looking for new ways to present Shakespeare. We've had Reduced Shakespeare Company, Sh*tfaced Shakespeare, and tonight we have Shakespeare with Comedians. Unfortunately, they don't have as catchy a moniker, but instead are known as Fight In The Dog.  But they don't just do Shakespeare, so I suppose a Shakespeare based name might be confusing. On the hottest day of the year&hellip;

A unique take on Shakespeare; for all its many faults,  it's still well worth exploring this and this company’s upcoming productions.

User Rating: Be the first one !
Everyone is looking for new ways to present Shakespeare. We’ve had Reduced Shakespeare Company, Sh*tfaced Shakespeare, and tonight we have Shakespeare with Comedians. Unfortunately, they don’t have as catchy a moniker, but instead are known as Fight In The Dog.  But they don’t just do Shakespeare, so I suppose a Shakespeare based name might be confusing.

On the hottest day of the year (so far), I approached London Wonderground with some trepidation. My last visit here had left us queuing outside in the sun half hour past the advertised start time. Thankfully tonight, with ample time to spare, we were ushered into the lovely circus-like venue. This was possibly the best place to be on this hot evening as it was chilled to perfection.

The play was scheduled to last for 90 minutes. The last time I saw Twelfth Night, it lasted a whole hour longer; so it was fairly obvious the script tonight had been not just cut, but butchered. With so many cuts, it was a slight struggle to keep it coherent.  If you aren’t familiar with Twelfth Night you’d struggle to pick up a lot of what was going on.

From the very start it is clear that the focus, as the title suggests, was on the comedic elements.  Acting is secondary to the delivery.  The cast, with their fine comedic backgrounds, delivered lines with perfect timing, knowing how to milk every last laugh out of the audience; which was quite a feat on a hot, summer Monday evening.

My saying that the acting was secondary may be doing a disservice to some of the cast. Physical comedy was aplenty, too.  Olivia’s reaction upon discovering that her love interest had an identical twin is dirty lust to say the least. Malvolio’s display of his yellow stockings, surely a highlight of any Twelfth Night performance, is taken to new extremes. There are not just yellow stockings, but yellow underwear, and not much else; the stuff of nightmares! The comedic highlight, however unintentional it seemed, was the actors falling over as they hid inside wheelie bins to spy on Malvolio. Seeing a cast corpse shouldn’t be so enjoyable, but tonight it seemed perfectly humorous as we watched all those still upright on stage try to work out how to aid their stranded colleagues.  Maybe their comic backgrounds helped out here, and they certainly deserved the round of applause they received for their recovery.

The whole evening felt more like a comedy act than theatre, aided by the fact that the venue is designed more so for its cabaret and circus performances it features for its summer stay. It certainly had more ‘laugh out loud’ moments than I’ve ever seen in Shakespeare before.

Clearly, this isn’t going to please Shakespeare connoisseurs with its absolute abuse of his writing. And it’s debatable if it could pull in a new audience without scaring them off in the future with its jumbled editing of the plot. But for those who can dip in and out of his plays, are open to new interpretations, or just fancy seeing a bunch of good comedians performing something very different, it’s a good 90 minutes.

So whilst this may have been a one-off show at London Wonderground, it’s likely to be performed elsewhere. And if not, Fight in the Dog are certainly a theatre group worth keeping an eye on; for their next productions and their unique style might turn up something equally as interesting.