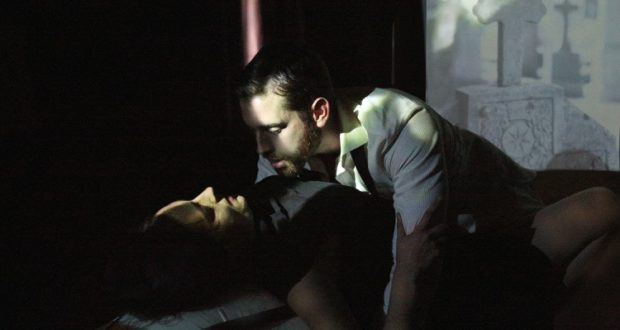 Pros: Towering performances by a thoroughly professional cast give Shakespeare’s characters a new dimension. You will be shocked.

Cons: The play becomes implausible and the characters less coherent, as the audience struggles with the cramped theatre space and hard seating.
Gertrude – The Cry, Theatre N16 – Review

Pros: Towering performances by a thoroughly professional cast give Shakespeare's characters a new dimension. You will be shocked. Cons: The play becomes implausible and the characters less coherent, as the audience struggles with the cramped theatre space and hard seating. There has long been a tradition among playwrights to take Shakespeare's plays and reimagine them, from Tom Stoppard to Edward Bond. But where Stoppard took Rosencrantz and Guildenstern, two minor characters in Hamlet, and turned them into a comedy, Howard Barker has turned Hamlet's mother into a Greek tragedy. From the start Gertrude dominates he action, as scheming and&hellip;

A rare chance to see an accomplished revival of a significant work, but be prepared for an uncomfortable evening - both physically and emotionally.

There has long been a tradition among playwrights to take Shakespeare’s plays and reimagine them, from Tom Stoppard to Edward Bond. But where Stoppard took Rosencrantz and Guildenstern, two minor characters in Hamlet, and turned them into a comedy, Howard Barker has turned Hamlet’s mother into a Greek tragedy.

From the start Gertrude dominates he action, as scheming and pitiless as Lady Macbeth. Scene one opens with her persuading her lover, Claudius, to murder her husband the king – his brother. She wants to perform the task herself – ‘He is my husband, why not me?’ – but Claudius, inflamed with passion, refuses and instead commands her to ‘Strip. Strip naked’. And so, within a minute of the play opening, we see Claudius and Gertrude having rough, urgent sex lying on the body of her still twitching husband. ‘Were you ever stronger in your life?’ she exclaims, breathlessly, afterwards. Gertrude is played to perfection by Izabella Urbanowicz, whose performance combines sexiness, ruthlessness and vulnerability in a heady, utterly convincing cocktail. ‘She changes’, we’re told. ‘Even a sunset might profoundly alter her. A passing cloud, perhaps.’ Claudius (Alexander Hulme) merely trails along in her wake.

Hamlet, Gertrude’s son, is portrayed as a petulant, confused Cockney geezer in jeans, boots and braces. ‘I thought I’d be more emotional than this’, he laments, standing over his father’s body. Jamie Hutchins’ coherent performance ably brings out Hamlet’s misunderstanding of the actions and motivations of others. ‘I’m waspish today’, he declares. ‘Waspish, and a little infantile.’

The other characters in the play are unknown to Shakespeare. Cascan, Gertrude’s devoted servant, is a huge, bearded Scot, more Hagrid than Polonius; played with tremendous presence by Stephen Oswald, he’s the only voice of calm reason in an otherwise chaotic, emotionally charged court. ‘Nothing I have said could be constructed as advice’, he declares. ‘Advice is pointless.’

Isola (Liza Keast), mother to both Claudius and the murdered king, has the wisdom of her age but is as scheming as Gertrude herself. ‘You’re a prig and a prude and a moralist’, she tells Hamlet, amazed that one so devious as Gertrude could have given birth to him. ‘That’s God – God must have his little laughter.’ She encourages Gertrude’s sexuality, persuading her to seduce the infatuated Albert, Duke of Mecklenburg (David Zachary) whose only independent move has been to sniff Gertrude’s discarded underwear. Like Horatio but without the philosophy, he is Hamlet’s only friend.

LJ Reeves is Ragusa, the Ophelia-like visitor to the court who becomes Hamlet’s wife. Initially entranced by the candour of the interaction between the other characters, she comes to see the lies and deceit beneath the surface and begins to tire of Hamlet’s rambling philosophy. ‘There are many ways to know another. God gave us hands, God gave us eyes. Why all this speech?’ To which Hamlet finally concurs: ‘I’m saying less. I’m suffering more, but saying less.’

Howard Barker’s language is poetic and at times beautiful, and frequently outrageous. Hamlet greets the news of his baby sister’s first smile with the words ‘Who would not smile, to have escaped the fetid dungeon of my mother’s womb?’

But towards the end, as the body count rises, the characters’ motivations become increasingly obscure and their actions increasingly implausible. ‘The world is full of things I do not understand’, Hamlet repeats, and the audience largely agrees with him.

Barker is determined to horrify his audience, through language, action and suggestion. But after a while we simply become numb to the onslaught. ‘I try so hard to shock them’, says Hamlet. ‘I’m failing to shock them. Look at them. They’re fatally unmoved.’

This revival of Howard Barker’s 2002 play is immaculately performed by a dedicated, thoroughly professional cast, with Chris Hislop’s deft direction making the most of the tiny stage space. But to experience it you have to sit for two and a quarter hours, without an interval, on uncomfortable wooden seats in a cramped, overheated room on the top floor of a Balham pub, with trains rattling past the window and the strains of ballroom dancing rising from the room below. It’s a strong production, but can be gruelling for the audience.