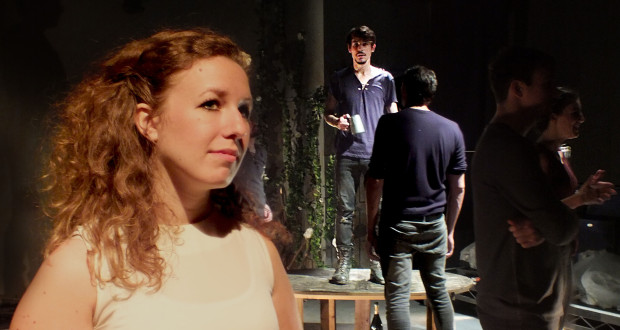 Cons: Cast should have come back for a second curtain call – the audience would have obliged!
Romeo and Juliet, Brockley Jack Studio Theatre – Review

Pros: Striking, imaginative and thoroughly entertaining. Cons: Cast should have come back for a second curtain call – the audience would have obliged! CandleFire Theatre Company’s Romeo and Juliet is an imaginative, lively retelling of the classic play. Set to a contemporary soundtrack and featuring urban, post-apocalyptic style costumes, this is unlike any adaptation you’ve seen before… Let’s begin by talking about the cast, who are absolutely fantastic from start to finish. This is one of history’s most well-known scripts but these guys make every word feel fresh. Each actor gives a truly heartfelt performance, bursting with energy and passion.&hellip;

A classic story, told with excitement, passion and originality.

CandleFire Theatre Company’s Romeo and Juliet is an imaginative, lively retelling of the classic play. Set to a contemporary soundtrack and featuring urban, post-apocalyptic style costumes, this is unlike any adaptation you’ve seen before…

Let’s begin by talking about the cast, who are absolutely fantastic from start to finish. This is one of history’s most well-known scripts but these guys make every word feel fresh. Each actor gives a truly heartfelt performance, bursting with energy and passion. The characters are instantly recognisable to anyone who knows the story and I enjoyed that level of familiarity. At the same time, there is a unique quality to their interpretation, which kept me very much intrigued.

Turan Duncan, Martin Sales and Joshua Jewkes are superb as Mercutio, Benvolio and Balthasar. Far from being a backdrop for Romeo (Robert Fellman), these characters are fully developed in their own right. This is the first adaptation I have seen with such strong characterisation of Benvolio and Balthasar, in particular. Sales and Jewkes really brought these two individuals to life and I felt that the group dynamic was better for it. Marie Issermann is perfectly cast as Juliet. Her performance has a distinctly youthful innocence, which I hadn’t noticed in previous adaptations. Playing opposite Fellman, the pair successfully fully capture the frantic, passionate quality of adolescent love. Romeo and Juliet’s relationship is so often portrayed as poetic and theatrical but these two actors make it relatable. The supporting cast are equally talented and I was particularly impressed by Carly Jukes, in the role of Lady Capulet. In the past, I’ve seen this role fade into the background but some of Jukes’ scenes were so emotive, that they completely redefined the character for me.

In my opinion, the best Shakespeare adaptations use imaginative direction to bring new life to well-known dialogue. CandleFire’s interpretation is certainly no exception. Scenes between the Montague boys take on a new ‘laddish’ dynamic, which suddenly makes their interaction seem contemporary. Meanwhile, the fight scenes are played with physical humour and intense violence, which had the audience laughing one minute and on the edge of their seats the next. The young love between Romeo and Juliet is developed in such a touching manner that I actually found myself routing for them (despite the inevitable!).

Jaclyn Bradley’s direction is bold and she has no qualms about taking a fresh perspective on some of the most iconic scenes of the play. The opening prologue for example, is completely unexpected and the ‘balcony’ scene is staged without a balcony. In each case, the end result is both original and highly entertaining.

The play has a simple but effective set, featuring a small wooden table, which is moved around the performance space, as a bed, a bench, a tomb and more. This constant movement, combined with the energetic pace of the performance, keeps the play feeling dynamic and alive throughout. There isn’t a single moment that feels slow or overplayed. Overhead lights and individual spotlights are used to great effect, shifting the mood between playful, romantic, and ominous, as the story plays out. Contemporary music is used selectively and I felt that this really helped to heighten the emotion during key scenes. The fight scenes also contain a few special effects, which were convincingly executed, despite the audience sitting only metres away.

If you’re a fan of happy endings this may not be the show for you. If you enjoy Shakespeare, want to try it for the first time, or simply like a good tale of love, rivalry and drama- it’s an absolute must see. This play has been popular for over 400 years and CandleFire have just raised the bar.