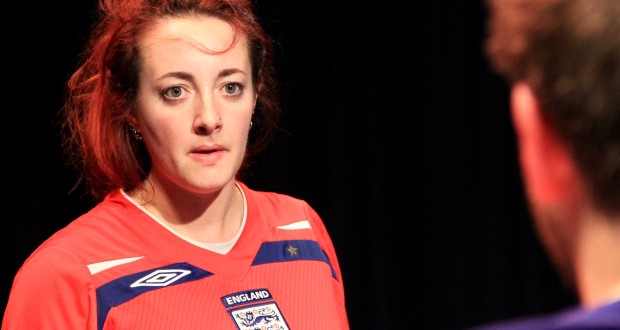 Cons: Far too short a run for such a strong piece.
Henry V, The Tramshed Theatre – Review

Pros: Energetic, youthful, and very clever and simple costuming. Cons: Far too short a run for such a strong piece. I have to tell you something. I detest Shakespeare’s histories. I find them tedious, dry and dull. I agreed to review this show because I thought it was A Midsummer Night’s Dream and when I realized, after my 5th twelve hour day of work in a row, that I had to sit through the story of King Henry V of England whilst he aims to conquer France, I wasn’t sure I’d be able to stay awake. Instead, I learned&hellip;

A wonderful, high energy and delightfully easy to understand re-telling of a Shakespearean classic.

I have to tell you something. I detest Shakespeare’s histories. I find them tedious, dry and dull. I agreed to review this show because I thought it was A Midsummer Night’s Dream and when I realized, after my 5th twelve hour day of work in a row, that I had to sit through the story of King Henry V of England whilst he aims to conquer France, I wasn’t sure I’d be able to stay awake.

Instead, I learned just how wrong one reviewer could be and why you should never, ever judge a production on what you may have seen or read previously.

This production of Henry V is outstanding. It is anything but tedious, dry and dull. It absolutely explodes with energy and the excitement that the cast project is infectious. The production was poignant and moving, yet shockingly funny at all the right moments.

There is no scenery, but don’t let that put you off either – the cast are so dynamic and mobile, you won’t be able to take your eyes off them, and scenery would have been a waste of time.

The costuming was clever – shockingly simple, but so effective. The English characters wear England football shirts – with their character’s name on the backs (King Henry’s is – delightfully – Henry 5.) When the French characters appear, they do so in French football shirts – also with names on the back. It not only enables the cast to switch character roles with ease, but it is the most clear and concise Shakespeare production I have ever seen. How has it taken us this long as a society to realize how much better Shakespeare is with name tags?

As it is a small cast – there seem to be just 5 actors playing all the roles – this shirt swapping is essential in reminding us who is who and when they are in each role. There is also a brilliant use of the football shirts to highlight the scene when traitors the Earl of Cambridge, Lord Scroop, and Sir Thomas Grey are brought to light (wonderfully handled by Stephen Leask, who is also hysterically funny as Alice, Katharine’s lady-in-waiting.)

Shirts aside, when it comes to the personalities created, efforts are made to not distinguish the personalities too much between the French and the English characters and this is a very important component of this production. It reminds us that both sides of the war contain human beings who, apart from nationality, are not so different from one another. Both sides enjoy an aspect of humor and tragedy; both sides laugh and mourn, yet there is only one side who do inevitably win the war.

The cast make this show shine. They work together well, and as previously mentioned, the level of energy they bring into every motion, every movement and every word makes this show an absolute delight. Gender is irrelevant in this production (and totally unnoticeable, which means it’s been handled correctly) and as such Zena Carswell does very well as Henry – tough, stoic and bold as a leader, but rather sweet and awkward when falling in love with Emmy Rose’s Katharine. Emmy Rose stands out in this production; she takes on the many roles of Katharine, Canterbury, Boy, and Montjoy and doesn’t break a sweat in between role swapping. She’s charming as Katherine, and suitably downcast and resigned as Montjoy as the battle resolves.

Overall, this production is a lesson in how to do Shakespearian histories in an accessible, likeable, and approachable way. The team behind this and the cast in this absolutely deserve another run of this show – and soon. They’ve got future audiences out there that need to be educated as to what Shakespeare could and should be in this modern generation.