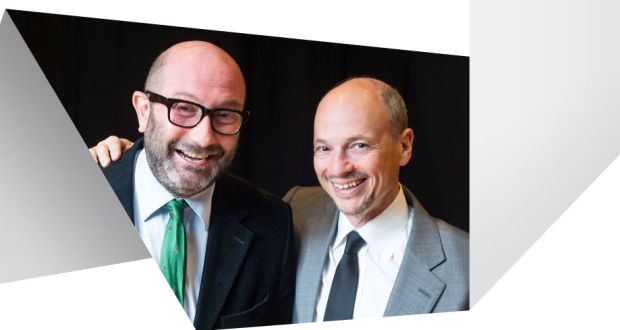 Pros: An engaging show full of great one liners and funny gags.

Pros: An engaging show full of great one liners and funny gags. Cons: Needed more pace and was a tad formulaic at times. High Anxiety is one of my favourite comedies and The Producers is still pure musical comedy gold. Both of these hilarious creations stem from the genius mind of the one and only Mr Mel Brooks. In 1960 way before the likes of Blazing Saddles and Young Frankenstein, Mel partnered with best friend and fellow comedian Carl Reiner and rewrote history - quite literally - in the form of a comedy sketch called The 2000 Year Old&hellip;

A wonderful and strong two hander with some great laugh-out-loud moments.

High Anxiety is one of my favourite comedies and The Producers is still pure musical comedy gold. Both of these hilarious creations stem from the genius mind of the one and only Mr Mel Brooks. In 1960 way before the likes of Blazing Saddles and Young Frankenstein, Mel partnered with best friend and fellow comedian Carl Reiner and rewrote history – quite literally – in the form of a comedy sketch called The 2000 Year Old Man. This hilarious and mostly improvised vaudevillian routine then went on to be recorded as an album that sold millions of copies around the world, and its creators have achieved cult-like status alongside the likes of other Hollywood comedy greats like Whoopi Goldberg and Jerry Seinfeld.

Amazingly, this anarchic comedy routine has never been seen live in the UK – until now. The 2000 Year Old Man, with the permission of Mel Brooks himself, is currently on at the stunning state of the art community and cultural centre JW3 in North London. This building, established for the benefit of the Jewish community, the local community, and people of London, is breathtaking and a must visit for Londoners.

You would think that a skit over 50 years old would be dated and out of touch but, while I found myself chuckling and occasionally guffawing, the humour and overall sentiment of The 2000 Year Old Man is still very much alive today. The premise is simple: there is an interviewer played by Chris Neill, and an interviewee played by Kerry Shale. The interviewee just happens to claim he’s 2000 years old. Over the course of the Parkinson styled interview, and many laugh-out-loud one liners, we get to hear all of the hilarious moments that the show’s guest just happened to stumble across during his long and fruitful life.

My personal highlights have to be his relationship with Helen of Troy’s ugly sister Janice (so funny!), and the rather odd reasons why William Shakespeare was a shocking writer. These particular pieces of dialogue flowed with enthusiasm and the comic timing was just perfect. Kerry Shale has the easy task of stealing the show as his barrage of Yiddish shtick as the 2000 year old man is a joy to watch, if not a tad too cardboard cut out of Mel Brooks. Chris Neill has the somewhat harder task of asking all the questions and just sitting back and watching his guest rattle on, but he handles it well and his occasional glance or eyebrow raise to the audience allow Neill to have his own stand alone laugh-out-loud moments.

The show is only 60 minutes long and is a sheer marathon of text and wit, however the pace was sadly a small issue for me. I felt some of the scenarios portrayed weren’t as engaging as others, and that there is potential for improvement here. I appreciate that there’s only so much you can do when there are just two chairs on stage, but the interaction between the two men did come across as quite formulaic in parts.

This comedy sketch, much like the 2000 year old man himself, has stood the test of time and if you’re in the mood for some light humour and good acting, then this show is for you. I’m hoping there will be a revamp one day and The 2000 Year Old Man can talk about the Kardashians, George Bush and selfie sticks!