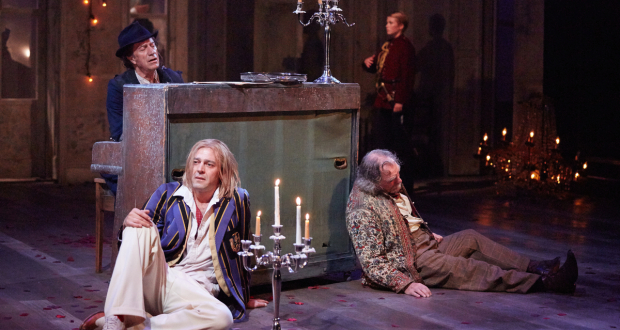 Twelfth Night runs at the Watford Palace theatre from 28 October - 1 November only!

Author: Everything Theatre in Features and Interviews 20 October 2014 0 595 Views

Disguise and deception, unrequited love and confusion set the scene for Shakespeare’s touching comedy of mischief, madness and infatuation. Fusing vivid storytelling, a highly visual style and elegant staging with an air of faded grandeur, Twelfth Night is set in the period between the two World Wars, and features some of Shakespeare’s best-loved characters including Malvolio, Viola, Sir Toby Belch and Orsino.

Recently voted one of the nation’s Top 10 plays in an English Touring Theatre poll, don’t miss Twelfth Night at Watford Palace Theatre for one week only.

‘Jonathan Munby’s gorgeous rendering of Shakespeare’s melancholy comedy is a piercing and delicately judged blend of rapture and rue. Exquisite.’
★★★★★
The Times

English Touring Theatre is widely regarded as England’s national theatre  of touring, with a reputation for staging an eclectic mix of new and classic work for audiences throughout the UK and overseas that is at once thrilling and popular – and, above all, entertaining.

If music be the food of love, play on…