Home » Opinions » Hey good lookin’ – you get a look in 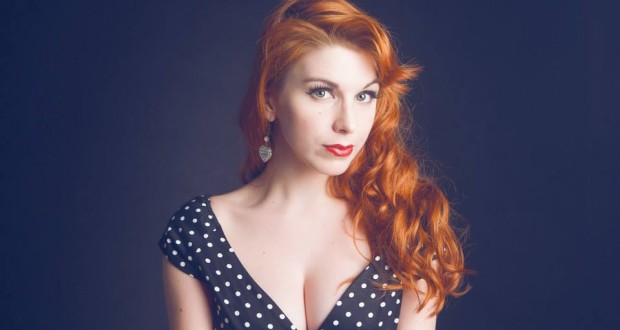 Hey good lookin’ – you get a look in

No one can deny that the world of theatre is dominated by the power of beauty. But how much can a person’s looks define their career on the stage? Vicki Baron muses on the eye of the beholder.

In Starter for Ten, David Nicholls’ protagonist wonders how it must feel to “to give pleasure, entirely passively, just by being looked at.” It’s a strange thought, isn’t it? Someone else, another human being who knows absolutely nothing about you, might form a positive opinion of you based purely on your looks. They don’t even know about your fantastic baking skills, or your ability to speak four languages.

We often make appearance-based judgements, sometimes without even realising that we’re doing so; we have evolved to seek and appreciate physical beauty in one another so that we can find a suitable partner with whom to continue our species. Obviously in the modern world our genetically hard-wired search for a mate has changed quite a lot with the invention of online dating and so forth, but the essential quest for physical beauty is the same.

It is also the same in theatre, film and television. In the world of performance, casting directors are feared and revered as people who make unflinching judgements based on physical appearance, and to a certain extent we can understand why. Producers want people to watch their film, performance or television show, so they want good-looking actors to draw the public’s attention.

It is as bad to make a beautiful girl think that she is only worthwhile because she’s pretty as it is to make a less conventionally attractive person believe that their personality is not enough.

Beauty is made up of two things: genetic good luck, and society’s perception of what is attractive. Neither of those things has anything to do with someone’s talent, work ethic or attitude towards self-improvement. In the performance industry we will always appreciate good looks, as long as they are coupled with talent.

It is a destructive and dangerous thing to believe that beauty in itself is enough to get you places, because it diminishes the hard work and skills of people who are wonderful actors without necessarily looking like Greek gods. It also encourages pretty people to stop cultivating their acting skills, which would be a huge waste of their gifts. It is as bad to make a beautiful girl think that she is only worthwhile because she’s pretty as it is to make a less conventionally attractive person believe that their personality is not enough.

Take for example the photograph at the top of this article. One of the reasons that you clicked on the link to this article was because of the pretty girl in the photo, wasn’t it? That’s not a criticism; it’s a perfectly normal impulse to be drawn to something or someone that looks nice. What you don’t know about the girl in the picture is that her physical appearance is only a minuscule aspect of who she is. Just like all of us she is composed of ambition, memory, fears, loves, musical preferences and favourite books. She is also an excellent actress, but her talent and her appearance have absolutely nothing to do with one another. This is true of all of us: when was the last time that your physical features made you better at your job?

Although we might think that being pretty is an advantage, it’s not enough to make us believe in someone’s acting.

The other very important thing to remember about acting is that it requires a huge amount of work, passion and commitment. It is not an easy career path to take. The best actors in the world are the ones whose ability to embody a character draw us in, or whose dedication to a role transports us from our own lives into the world that their character inhabits.

They are able to do this because of what they have studied and pursued, not because they have nice faces. Being the best-looking person in the world cannot make you a better performer, and although we might think that being pretty is an advantage, it is not enough to make us believe in someone’s acting.

In addition, being good at what you do is far more compelling than looking good while you do it. If you are a talented performer who works hard to keep improving at your craft, that will attract people far more intensely than your physical features. There is also much more longevity to this kind of appeal: an actor’s reputation for skill and commitment always outlives their head shots.