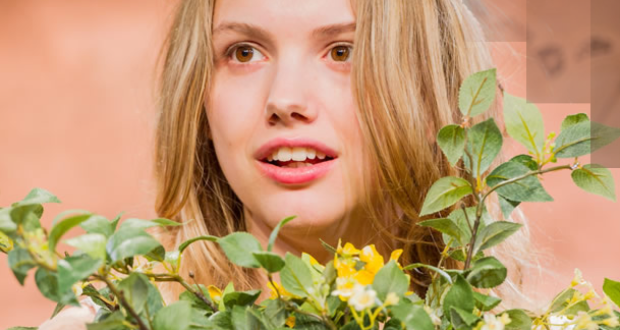 Pros: A wonderfully intimate theatre. You can get really up close and personal with the actors.

Cons: This is theatre in the round style seating, without much movement, so you can end up staring at the actors’ backs for several long bits of dialogue.
Martine, Finborough Theatre – Review

Pros: A wonderfully intimate theatre. You can get really up close and personal with the actors. Cons: This is theatre in the round style seating, without much movement, so you can end up staring at the actors’ backs for several long bits of dialogue. The Finborough Theatre is one of those places that immediately strikes one with its unassuming atmosphere. The theatre was nothing more than a small room with seating on three sides. This set-up allowed the audience to really become engaged with the performance space, and it gave a perspective not usually granted at larger venues. The&hellip;

Overall, a good production. A great play for fans of small venues and emotionally charged dramas.

User Rating: 3.42 ( 3 votes)
The Finborough Theatre is one of those places that immediately strikes one with its unassuming atmosphere. The theatre was nothing more than a small room with seating on three sides. This set-up allowed the audience to really become engaged with the performance space, and it gave a perspective not usually granted at larger venues. The set itself was exceptionally sparse, but it did not take away from the experience. Instead its austere feeling lent itself to the story.

“There is nothing more powerful than a shared memory”, Julien (Barnaby Sax) tells innocent Martine (Hannah Murray). In this simple story about love and loss, author Jean-Jacques Bernard explores the full range of human emotions and shows how memory can change perceptions.

When we first encounter Martine, she is a stereotypical country girl without a care. Then she meets Julien on the road home on a hot summer’s day. It is the start of a series of memories in the making. Martine is a naïve and idealistic girl. She hasn’t had much exposure to the world and little education. Therefore she does not quite know how to express her thoughts.This eventually becomes a sticking point for Julien, who was infatuated with her beauty but disappointed by her mind. Their brief romance withers. The theme of memory is conjured over and over again. Old flame Jeanne (Leila Crerar) brings Julien back to the past. She is eloquent, cultured, and everything Martine is not. Unable to complete with her, Martine is eventually pressured to consider marrying lovesick local farmer, Alfred (Chris Porter). While the idea is repulsive to Martine, she is criticised for denying herself the happiness of marriage. Towards the end of the play, Julien confronts Martine for the last time. He asks her repeatedly if she is happy. The outrage and pain that she had been suppressing is finally unleashed and we witness the true extent of Martine’s utter heartbreak. It was this moment when I realised that Martine was not just a simple girl but a woman bound by the expectations and conventions of her time.

There is a marked difference in the performances between each of the actors. At first, Murray seems almost out-shined by her fellow performers. The naturalness found in the other players appears to be missing from Martine. However, as the play continues, and we become better acquainted with her character, it is clear that this is intentional. Murray is able to bring to life a very complicated part. It is not easy to play a character who does not know how to express herself. The struggle can be seen in her eyes. The shock and hurt is quickly covered by the eventual acceptance that life is not what she hoped it would be. I also thoroughly enjoyed Crerar’s portrayal of Jeanne. She balances the ostentatious socialite with the doting friend very well. And she is able to conjure tears on the spot, which is always impressive!

For the size of the production and the length of the play, I would say that this production of Martine was well done. If anything, I would recommend getting a seat at the front and centre. Otherwise there is the risk of staring at the actors’ backs for long stretches of dialogue. If there was more movement by the characters, then this would not be a problem. Also, the play is about two hours long and there is no intermission, so be prepared!