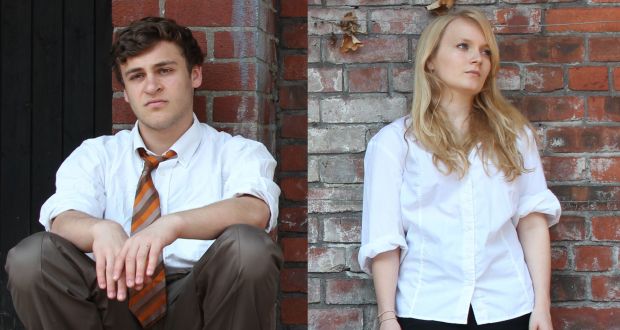 Pros: Some impressive moments created by the actors.

Cons: Neither the performances nor the writing step up to the next level.
Bunny & Stacy, Horse & Stables – Review

Pros: Some impressive moments created by the actors. Cons: Neither the performances nor the writing step up to the next level. Writer Jack Thorne has made a name for himself, producing a large amount of work in particular for Channel 4, including The Fades, and This Is England TV franchise. Despite such evident popular appeal, after seeing Bunny &amp; Stacy, two of his recent monologues, I personally am not as avid a fan of his style. However, since Thorne himself isn’t producing this show, I’ll refrain from elaborating further on my aversion. The tricky thing about monologues is that&hellip;

Entertaining interrelated monologues from a night of new writing. There could be potential for more here but currently lacks an X factor.

Writer Jack Thorne has made a name for himself, producing a large amount of work in particular for Channel 4, including The Fades, and This Is England TV franchise. Despite such evident popular appeal, after seeing Bunny & Stacy, two of his recent monologues, I personally am not as avid a fan of his style. However, since Thorne himself isn’t producing this show, I’ll refrain from elaborating further on my aversion.

The tricky thing about monologues is that you spend so long with an actor that you notice everything. It’s also a long time to spend with writing, so if it doesn’t agree with you to begin with, chances are it won’t get much better for you. Such is the case for this show, and unfortunately the acting does not significantly improve upon things. That’s not to say that Elliott Ross who plays Rob in the first monologue Stacy is bad. The golden child turned average Joe that he plays is somewhat accomplished; he’s just nothing special. From overhearing a conversation between directors, I gleaned that the idea behind the direction of this piece was to make Rob as likeable as possible so that when he reveals what he has done, you feel almost guilty as an audience that you had cozied up to him. For me, the issue is that Ross is too shrill, too eager, and altogether too self-satisfied in his performance for me to warm up to him properly. The revelation, when it comes, is still a shock but not the gut punch it was intended to be.

Having said this, there is certainly potential for a really interesting piece in Stacy. Thorne lays hints about Rob’s childhood where he was always the centre of attention, considered a ‘beautiful child’ but also had to deal with the death of his sister. Ross shows this well in his performance, insinuating just enough ‘problem child’ without overplaying it. The problem here is that neither the acting nor the writing build upon these foundations, and the overall effect is underwhelming.

Bunny, the second monologue, is performed by Lauren Orrock, and told the story of an eighteen year-old getting in over her head when she and her older boyfriend walk straight into trouble on their way home. Orrock has a commanding stage presence but is a little hard to buy as an eighteen year old. This may be in part due to the writing lacking credibility as an adolescent piece. Orrock builds her character well however, looking increasingly panicked as she bleats, “I know what I’m doing.” Though a little frantic with her pace at first , she eventually calms and she settles into the role.

As mentioned already, monologues are tricky to get right, but it’s great to see long monologues being performed.  Additionally it is always a triumph to see the new writing genre alive and kicking; giving older pieces a run for their money. Although this show wasn’t necessarily for me, others may really engage with these pieces, especially if you’re a fan of Thorne’s work and actually, when all had been said and done, I was more disappointed by the five quid pint in the pub downstairs than what was going on onstage.