Through Daddy’s Eyes
Devised and directed by Ain Rashida Sykes

Pros: Good subject choices with the potential to inspire strong emotional responses from an audience.

Cons: More work is needed to do justice to the complexities of parenthood as experienced by both genders.

Our Verdict: Both pieces felt like works in progress, but the subject matter is definitely worthy of more attention to bring them to fruition.

This double bill is presented by Prams In The Hall; a theatre group experimenting with new ways of working to include artists and audiences who may also be parents. However, no prams or children were in attendance at the Saturday afternoon performance that I attended in this little basement theatre.

The first piece used text from the blog Daddy Diaries and featured three actors, each recounting some of their experiences of fatherhood. It was a mix of everyday mundane activities (such as the breakfast routine spoken with the love and adoration of a father), alongside more poignant insights into the emotions, practicalities and responsibilities of bringing a life into the world.

I do think that the experience of fatherhood is largely overlooked, and it’s an interesting area for theatrical exploration. Yet I don’t think that this particular format did it justice. A blog, essentially a journal, could be more powerful than just being simply read aloud (take Alan Bennett’s Talking Heads, for instance). It takes confidence to present a reading, and the material has to be strong to carry such a performance, but I think we so rarely hear what a father truly feels that the concept has the potential to be simply spellbinding. Here the props and some puzzling choreography just seemed to provide something for the actors to do whilst being a disappointing distraction from the spoken word.

The second piece – The Inner Life of Sophie Taylor – was more fully formed as a theatre piece, and cleverly uses two actresses concurrently to play Sophie, in order to illustrate the division between the artist and the mother. We see her struggle against formidable odds to forge her career as an artist whilst juggling a husband, three children and a home. Many women will relate to this and all will have a strong view. Here we also have the added issue of art being seen as a hobby rather than a properly paid job. It questions whether women can ‘have it all’. Yet women who want more than motherhood are often looked upon suspiciously and those that choose to not have children at all are still an enigma.

On a practical note it feels like as much time is taken up with scene changes as with the actual acting. This makes the piece frustrating and disjointed to watch. The scenes are all valid, with some great situations, but we are given fleeting snapshots that would benefit from a more in-depth study. I particularly liked the scenes in the playground and at the art show, where the other mothers seemed unable to comprehend anything beyond motherhood, and Sophie’s frustration felt particularly palpable. You could feel her struggle to keep her head above the surface of the sucking soup of motherhood.

Each piece was around twenty minutes long, and they feel like works in progress. However, they deal with with issues that are ripe to be explored, so I hope the company will accept the comments with good heart. The first piece has a somewhat shorter review due to it being perceived as a slighter piece in its current state; it is in no way a reflection of gender bias.

Through Daddy’s Eyes and The Inner Life of Sophie Taylor has one more performance at The London Theatre (New Cross) on 6th November 2013.
Box Office: book online at http://www.wegottickets.com/event/241924 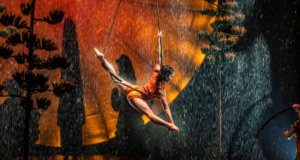 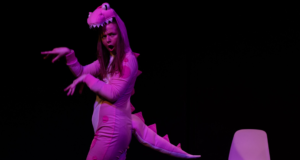 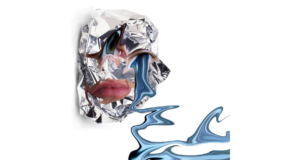