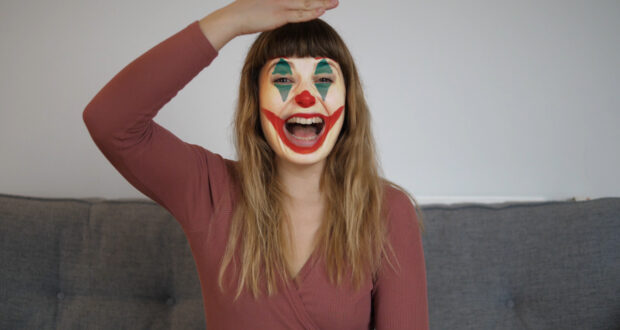 “Contrary to popular opinion, the day you died wasn’t the worse day of my life” is one hell of a statement, especially followed by “because you were still alive for a few hours of that day”. It’s a powerful line delivered by Veronica (Hannah Wilder) as she talks directly to camera, as if recording a video diary for Jason, soon to be revealed as her partner who is, of course, dead, by suicide. It is a strong opening, and one that is (mostly) not let down by the rest of the play. Via her video diaries, Veronica goes from&hellip;

This play about depression and suicide is one that addresses the subject with the care and consideration that is required, making it feel heartfelt and made for all the right reasons.

“Contrary to popular opinion, the day you died wasn’t the worse day of my life” is one hell of a statement, especially followed by “because you were still alive for a few hours of that day”. It’s a powerful line delivered by Veronica (Hannah Wilder) as she talks directly to camera, as if recording a video diary for Jason, soon to be revealed as her partner who is, of course, dead, by suicide. It is a strong opening, and one that is (mostly) not let down by the rest of the play. Via her video diaries, Veronica goes from initial optimism for the future to despair as her own depression descends.

Let’s get that ‘mostly not let down’ out of the way. Dear Dead Jason has been filmed very much with digital in mind. As Veronica talks, emojis pop up in response to her words. Visually, there is no denying this is mildly amusing and it’s very well made. Liking them, however, is a matter of opinion, and mine is that they are jarring; utterly unnecessary. It reaches a point when you already know some silly visual is about to appear based on the line just spoken. They should have more trust in the strength of Jen Moss’ writing.

The rest is more positive, or positive in a sadly all too familiar way for those who have had to deal with the subject matter at hand. “The system might be fucked” says it all about the support sometimes available when you do find the strength or courage to speak up and ask for help. In fact, there is so much that is all too relatable; you suspect that the writer either has first-hand experience, or done some wonderfully detailed research. “I was so mad at you for taking my future away with yours” is spot on, as is her rant about people gaslighting via social media, the do-gooders who think putting a black square on their Instagram account is all they need to do to be able to say they did their bit. Trust me, as someone with clinical depression, I do not see that black square and suddenly think, yeah, actually your black square has made me feel so much better now!

Unsurprisingly, it is the moments of utter sadness that are most powerful: “now that I have experienced the burning flames lapping at your feet, I get why someone would jump out of a burning building” is another line that speaks volumes. Even more relevant is when Veronica begins to express frustration in not finding the help so desperately needed: “how many doors are slammed shut in my face”, “helplines that suggest doing some drawing”. It’s all totally identifiable for anyone who has struggled with mental health.

Plays about depression and suicide are a hard watch, especially for someone who has fought their own black dog for too many years. And I am much more critical of the message they deliver. Way too often such plays can leave me angry at the cack-handed way they address such a personal subject. Thankfully, those questionable visuals aside, Dear Dead Jason comes across as heartfelt. It genuinely has something to say that does not feel patronising. It certainly isn’t the theatre equivalent of that Instagram black box. And for that it deserves praise. It is a play that hits home the desperation that can be felt when depression descends, and one that maybe, just maybe, will give those without first-hand experience a chance to reflect just that little more.

Written and directed by: Jen Moss
Produced by: Alice Nottage

Dear Dead Jason is available free as part of Potluck 2021 Festival until 28 March. Full details via the below link. The play has partnered with Cruse Bereavement Care, the UK’s largest bereavement charity. Donations are welcome, more details on the website.