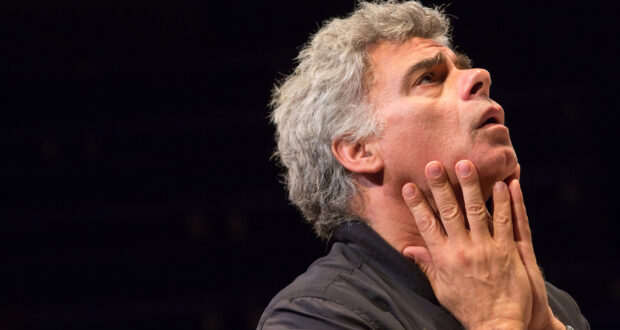 I approach plays about mental health with a touch of caution. As someone whose depression and crippling anxiety controls so much of my life I sometimes find plays on the subject almost dismissive in their depiction of mental health, almost as if it’s a fad the writer has decided to try out. But at other times the play can hit a nerve so painful it hurts, the writer truly understanding the anguish it can cause. Mark Lockyer's Living With the Lights On without doubt falls into that latter category. How could it not when you realise that this story,&hellip;

An exploration of one man’s decline into the depths of depression. Yet this isn't a story of doom and gloom, but ultimately one of hope for anyone who has suffered with mental health issues.

I approach plays about mental health with a touch of caution. As someone whose depression and crippling anxiety controls so much of my life I sometimes find plays on the subject almost dismissive in their depiction of mental health, almost as if it’s a fad the writer has decided to try out. But at other times the play can hit a nerve so painful it hurts, the writer truly understanding the anguish it can cause. Mark Lockyer‘s Living With the Lights On without doubt falls into that latter category. How could it not when you realise that this story, as wild as it sounds, is absolutely true. Because this is the story of how his life fell apart, from appearing with the Royal Shakespeare Company all the way to Belmarsh Prison.

Of course, even before Lockyer hit the stage, there was the joy of setting foot once more in a theatre, my first time since early March. Not just any theatre, but a brand new one, The Golden Goose opening its doors in the most difficult of times. If this were a review of the theatre it would be a glowing five stars without doubt. When we interviewed Artistic Director Georgia Leanne Harris recently she made note that the performance space was generous, and she was not lying! With a socially distanced audience, it felt luxuriously large, but even when things return to normal, it’s going to be a wonderful place to watch theatre in. The stage alone is as big as some theatres I have sat in, raised high enough that sightlines even from the rear shouldn’t be greatly affected. My only real issue; not the comfiest of chairs, so longer shows may lead to a numb backside!

But back to the show at hand. After all, even the greatest of theatres won’t survive if the offerings don’t match. Well, if their opening show is any indication then Golden Goose will do just fine.

Bounding onto the stage more like a stand up (Tim Vine sprang instantly to mind) than a bloke about to perform a show about mental health, Mark Lockyer is a man possessed. And I don’t use that word lightly, because he traces the beginnings of his slow decline with mental health back to the first time the Devil, or Bee to his friends, appeared to him and began to taunt him and encourage his downward spiral further and further into a breakdown that would destroy years of his life. It all starts with a disastrous Royal Shakespeare Company performance, and via plenty of episodes that seem preposterous but very clearly are uncomfortably true, comes to a frightening head following an act of arson that at least finally led to the medical help that was so clearly needed.

But this isn’t all doom and gloom. Lockyer tells his story with Shakespearian aplomb. He shouts, he jigs, he cries, but most importantly he laughs, and we laugh with him. It’s a serious subject but by telling it this way it draws us into his world and his mind. Maybe most importantly, by understanding Lockyer, we can understand other sufferers and show them the care that is so often lacking.

Living With the Lights On is a piece of theatre that is vital in helping explain a subject still woefully misunderstood and even mocked at times. It’s also a damn funny piece of writing performed in a way that you just can’t draw your eyes away from. Even more delightful is that this is a story with a happy ending: Lockyer leaves us with the knowledge he finally defeated his devil, even though it was a long hard battle.

Written and performed by: Mark Lockyer
Playing until: 17 October 2020

Previous: Interview: Ian McFarlane invites us in to the secret world of the Revellers Society
Next: Review: Macbeth, Belfast Festival – live streamed