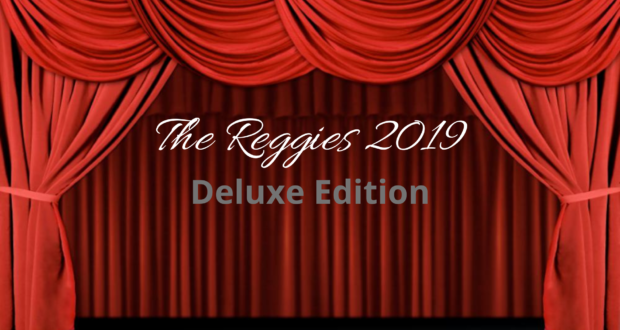 The tribute act was once looked upon with disdain: it was quietly restricted to holiday camps and cruise ships. Nowadays it has turned into an industry, with quality acts playing major theatre venues. This is a very different beast from the jukebox musical, which has a narrative built around the songs of a particular artist: it is a genuine impersonation featuring their greatest hits. I’ve seen half a dozen play this year, so it seems only right to introduce a new category of Best Tribute Act. In third place we have The Greatest Love of All; a Tribute to Whitney Houston at the London Palladium. Belinda Davids turned in a slick tuneful performance as one of the greatest divas in pop history. In the runner-up spot is The Bowie Experience: The Golden Years Tour at the Hackney Empire. Lawrence Knight on occasion looked and sounded spookily like David Bowie. But the winner by a country mile is George at the Eventim Apollo. Backed by members of his original band, Rob Lamberti pulls off a brilliant impersonation of George Michael.

So ever onward to the works of William Shakespeare, a category we have dubbed Dear Old Will. No theatre reviewer can get through the year without the bard featuring at some point. In third place is Macbeth: The Musical at the White Bear Theatre, a refreshingly new approach to the story featuring Avenue Q style puppets. Second spot goes to Twelfth Night at the Rose Playhouse; an ultra-smart musical version set on a cruise liner in the 1920s. Great fun if you can stop shivering for long enough. This year, though, the fat cigar goes to the Iris Theatre for their brilliant production of Hamlet at St Paul’s Church. The masters of open air theatre just seem to get better and better.

And now the fluffy, feel-good world of Best Musical. You know the type of show: switch your brain into neutral and have a good old sing song. In third place, winning its second nomination, is Ragtime at the Bridewell Theatre. Nothing more could be asked of cast and crew in this recreation of a Broadway classic. In second place is The Pirates of Penzance at Wilton’s Music Hall. Gilbert and Sullivan have always had a touch of Marmite about them, but there was no doubting the quality of this production. An all-male cast (some clad in basques!) were note perfect throughout. And the proud winner of this hotly competed category is Ain’t Misbehavin’ at the Southwark Playhouse. The Fats Waller musical has never sounded better than in this confident production featuring an excellent cast.

I’ve saved the blue ribbon event for last. The award for Best Play is the most difficult category to cast with the volume, depth and quality of production in London theatre. My top three constantly changed even as I drafted. Finally I settled my troubled mind: in third place, The House of Yes at the Hope Theatre; a marvellously inventive play with strong characters and a tight script. In second place, Jesus Hopped The ‘A’ Train at the Young Vic; a great title, great script with cool acting in the coolest of venues. So why on earth didn’t it win? Death of a Salesman rose like a giant casting a shadow over everything in its wake. The play is a classic of 20th century theatre, but like so much of Arthur Miller’s work is still considered a writer’s play. Critics will love it but it will often garner a mixed reaction from the public. It may be long but in the hands of a great cast it becomes a moving, almost electric portrayal of life in all its pain and glory.

I expect 2020 to be another outstanding year in the theatre.  We seem comfortable to continually raise the bar, and expect even greater things from our actors and creatives, but somehow you just know it’s going to get better. See you the other side of Brexmas!

Previous: The Reggies 2019: Deluxe Edition – Part One
Next: Interview: Eve Steele on The Political History of Smack and Crack