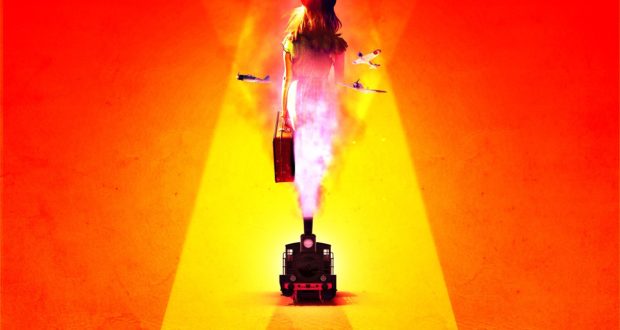 Pros: Diane Samuel’s outstanding script, the international collaboration in the production and the relevance of the play today.

Pros: Diane Samuel’s outstanding script, the international collaboration in the production and the relevance of the play today. Cons: Some minimal slips in the actors’ performance. Last December I met Mohammed, a 13-year-old boy from Afghanistan who had travelled all the way from his home country to the French port city of Calais. Like many other refugees and asylum-seekers fleeing war, persecution and degrading living conditions, Mohammed’s hopes lay in Europe. As a cricket enthusiast his eyes were set on England. I couldn’t help but thinking of Mohammed’s mother and the heartbreaking decision of letting her son go in&hellip;

Beautiful and poignant production of a timely play about the heartbreaking experience of those children who came to Britain fleeing Nazi Germany leaving their parents and roots behind.

Last December I met Mohammed, a 13-year-old boy from Afghanistan who had travelled all the way from his home country to the French port city of Calais. Like many other refugees and asylum-seekers fleeing war, persecution and degrading living conditions, Mohammed’s hopes lay in Europe. As a cricket enthusiast his eyes were set on England. I couldn’t help but thinking of Mohammed’s mother and the heartbreaking decision of letting her son go in hope of a better future, without knowing if they would ever meet again.

Kindertransport is the story of Eva Schlesinger, a German girl sent to England by her parents at the age of 10 after the Kristallnacht, the Nazi pogrom in which dozens of Jews were murdered, thousands more arrested and shops and synagogues burnt down in the course of one ill-fated night of November 1938. Like thousands of other Jewish and “non-Aryan” children, Eva was signed on the Kindertransport, a programme introduced by the British government of the time to allow 10,000 unaccompanied children to be given refuge in Britain. Eva’s mother was torn at the prospect of bidding farewell to her daughter but also knew that it was the best she could do for her in an increasingly dangerous Nazi Germany. Once in England Eva was entrusted to the foster care of the Miller family in Manchester. Simultaneously in the play we have present day Eva, now with the anglicised name of Evelyn, and her daughter clearing the house attic and finding in the process deeply buried and painful memories.

Although it’s been 25 years since Diane Samuel’s acclaimed play premiered in London, it is today that it feels more relevant than ever. This timely production is the result of a joint international effort between the Queen’s Theatre Hornchurch, Les Théâtres de la Ville de Luxemburg and Selladoor Productions, which once again demonstrates the benefits of collaboration between countries.

The cast is a five star one, composed of five women and one versatile man. Suzan Sylvester as Evelyn and Jenny Lee as Lil Miller give outstanding and deeply engaging performances and Leila Schaus’s London debut as Eva is truly promising. Matthew Brown might be the only male element in the cast but has an ensemble of characters to compensate that. His touching performance as an English postman offers tragicomic relief during one of the saddest moments of the play.

Anne Simon’s sensitive direction pays close attention to the interaction of past and present, creating a third intertwined dimension where the characters reflect and find some answers, and often more questions, to their life events. Light and music have been cleverly incorporated and help us move towards a full immersive experience.

Perhaps one of the most beautiful aspects of this play is the symbolism discreetly disguised behind objects and characters. The garret where the action takes place evokes Evelyn’s own personal attic, where memories that languished for years are suddenly awakened. The looming figure of the Ratcatcher and its association with Eva’s mother is both sad and frightful. Like in the Pied Piper of Hamelin, it’s the source of hope but also of deep fear if one isn’t ready to pay for his services.

Mohammed was just one of the hundreds of unaccompanied children roaming around the streets of Calais hoping to reach the UK one day. On 22 December, Abdullah Dilsouz, 15, was crushed to death by a refrigerator truck on a road outside the port. He was hoping to cross the French border and join his brother in London. The list goes on and on. Hopefully this beautiful production of Kinderstransport will make politicians and all of us realise that once again we need to open our borders for those who most need it.

Previous: The Year of the Rooster Monk, The Vaults – Review
Next: The Dog Beneath the Skin, Jermyn Street Theatre – Review