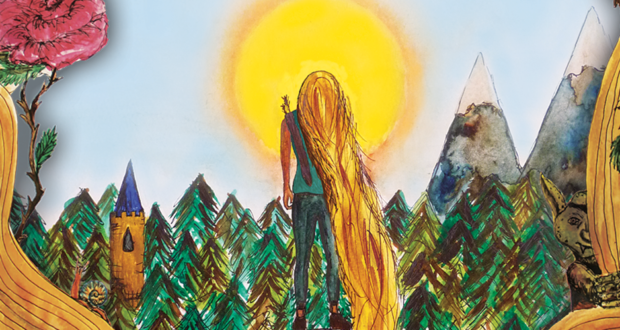 Pros: A truly heart-warming musical production with a huge cast of children of all abilities.

Cons: In places the dialogue was spoken too rapidly to follow and the script was a little confused here and there.
Rapunzel, Chickenshed – Review

Pros: A truly heart-warming musical production with a huge cast of children of all abilities. Cons: In places the dialogue was spoken too rapidly to follow and the script was a little confused here and there. I have to say that I wasn’t relishing schlepping across London on a freezing cold late December night to review this musical. A super busy Christmas season (spent with some germ-ridden relatives) had left me with a chest infection and no voice. But being a trouper I dragged myself out of my sick bed, wrapped up warm and headed over to Barnet. And I’m so&hellip;

An original fairy tale adaptation with a catchy musical score. Ideal for a family who want a West End experience without the big price tag.

I have to say that I wasn’t relishing schlepping across London on a freezing cold late December night to review this musical. A super busy Christmas season (spent with some germ-ridden relatives) had left me with a chest infection and no voice. But being a trouper I dragged myself out of my sick bed, wrapped up warm and headed over to Barnet. And I’m so glad I did.

As soon as we arrived my friend and I were warmly greeted by the front of house volunteers, and then by Susan the PR Manager who told us both the story of the theatre plus what had led her there (mother of a daughter with down-syndrome who had loved performing in school theatre productions).

Not being a Londoner I hadn’t come across the Chickenshed theatre company before. So for those of you that are also uninitiated, they are a truly awe-inspiring children’s theatre company who have been running since the 1970s. There is no audition process as Chickenshed accept any child as an actor (including children with profound disabilities) and then spend 3 months training them to sing, dance and perform.

Now I’ll be honest here, I thought that we might be about to see something that warmed our hearts but wasn’t of the highest theatrical calibre. But how wrong I was! The show was of an extremely high standard, with great song and movement routines comparable to something you might see on the West End.

A cast of adults took all the lead roles in the performance and were the glue that held everything together. The stand out performance was Gemilla Shamruk as Gothel the witch, who was brilliantly evil and reminded me of a Disney villain.

The rest of the cast was made up of 200 (yes you read that right) children aged between 7 and 17 years old. There are in fact 800 children in the cast but only a quarter of them perform in each show. When I asked how they train and organise them all in such a short space of time Susan told me it was a military operation. I can quite believe it! Director Lou Stein has done an incredible job weaving together such a huge and diverse cast to create a truly heart-warming production.

The original score by Composer Dave Carey was also fantastic and was the river that the show raced along upon. When the children joyfully belted out the lyrics you couldn’t help but be moved.

Costumes designed by Simon Wells were simple but effective. The children were split into different groups ranging from fairies to gnomes and each was represented by a different colour and outfit (i.e. black boiler suits and red wellies and hats for the spiders) so it was easy to identify who was who.

However, the star of the show was the set designed by Lucy Sierra. Huge swathes of army netting in rainbow colours were draped across the stage and around Rapunzel’s tower. The design moved around artfully and was transformed by lighting to create different spaces throughout the performance. Very clever and reminded us a little of The Lion King.

We had a really fantastic night, despite feeling really grotty, and left feeling elated and full of hope (despite Brexit, Donald Trump, Kim Jong Un, Global Warming etc . . . ). One to take the kids to if you want to cling onto the last vestiges of Christmas. Or to take yourself to if the prospect of returning to work is making you feel depressed and like you need a little pick me up!