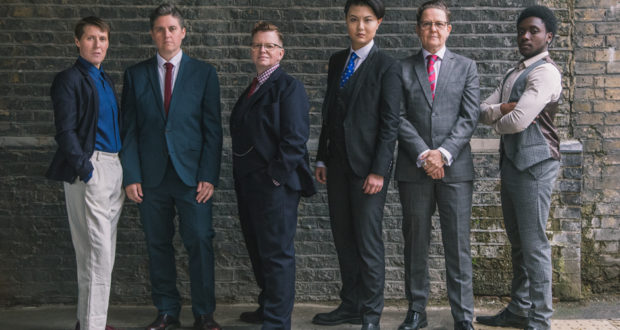 Pros: As blunt as it can possibly get.

Cons: The delivery was affected by some of the readers being more nervous than others.
The Butch Monologues, Soho Theatre – Review

Pros: As blunt as it can possibly get. Cons: The delivery was affected by some of the readers being more nervous than others. Do you remember that time you had a double take to establish whether someone was a man or a woman? It has happened to me a number of times, but if you don't know what I'm talking about, good for you. You might be one of those rare, and very lucky, people who are free from gender preconceptions or, perhaps, you are the one getting all the inquisitive looks when you walk down the street. Instead, if&hellip;

An honest portrayal of the stigmas and challenges attached to gender identity, presented with a heart-warming sense of humour.

Do you remember that time you had a double take to establish whether someone was a man or a woman? It has happened to me a number of times, but if you don’t know what I’m talking about, good for you. You might be one of those rare, and very lucky, people who are free from gender preconceptions or, perhaps, you are the one getting all the inquisitive looks when you walk down the street. Instead, if you belong to the larger group of those who feel the need to label someone by their gender, chances are that the person in front of you is less shocked to see your judgmental looks than you are about failing to assess at a glance what lives in their pants.

Born of a collaboration between independent publishing house hotpencil press, Julie McNamara’s touring theatre company Vital Xposure, and a group of butches, transmen and gender rebels called The Drakes, The Butch Monologues tackle these preconceptions with honesty and humour. Collecting experiences from across the world, author Laura Bridgeman aims to debunk the stigmas attached to gender identity, outright addressing the most common clichés.

Some of the confessions delivered on stage refer to the resistance received from family and friends, whereas some others offer an unrestricted view on sexual inclinations or practices, and many more describe the different journeys taken by their authors to uncover and define their gender identity. Society’s arbitrary scrutiny is addressed too – including those stern looks I mentioned – becoming one of the prime topics to raise a laugh in the audience. “On a toilet sign there’s normally a person wearing trousers, one wearing a skirt and a line between them. I am that line” states one of these 53 monologues, recalling how the author had to explain to one of their colleagues whether they should be considered male or female.

Other than an exquisite sense of humour, these statements have in common the infectious ability to establish an intimate atmosphere in the auditorium, proving that normality is a relative concept where nothing should be taken for granted. By sharing their thoughts, the authors create a sense of identity for those who can recognise themselves within each story, but shed also a light for those, like me, who might have misjudged in the past what is essentially a personal choice. One of the most enlightening insights offered in this 60-minute single act, clarified the different personal implications of being a butch or a transitioning male – two profiles that tend to be wrongly overlapped.

Elegant in their tailored suits and with a sleek parting in their hair, the Drakes stand in a row, facing the audience, against the plain black wall. Stepping forward under a light that periodically changes from blue to pink, they take turns to read the brief monologues, often laughing at each other’s tales and occasionally exchanging a supportive glance or a hug. Their private group was formed in 2012 in the spirit of brotherhood and, ever since, has been involved in various creative initiatives.

Together with a live touring show, The Butch Monologues is also a book recently published by hotpencil press, and there is a dedicated website where audiences can learn more about the cast and creatives. Just for a few days, you can catch this inspiring show at the Soho Theatre which, with its diverse and often socially engaged programming, is my favourite fringe venue in the heart of the West End.