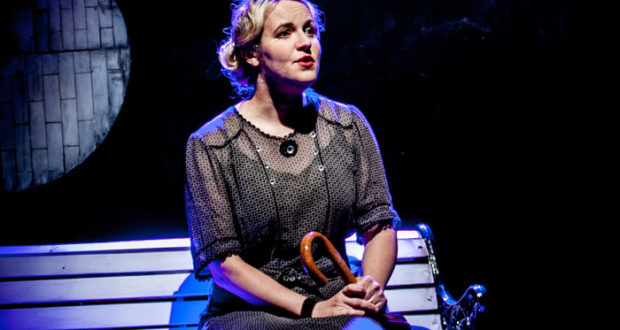 Pros: A strong and compelling performance by Rebecca Dunn, in a role she seems to relish, and a character that could do so much more.

Cons: Loses focus on the plot as Dunn slips from the main character to all the various bit parts, making it difficult to follow who is who.
Agent of Influence, Drayton Arms Theatre – Review

Pros: A strong and compelling performance by Rebecca Dunn, in a role she seems to relish, and a character that could do so much more. Cons: Loses focus on the plot as Dunn slips from the main character to all the various bit parts, making it difficult to follow who is who. The blend of complete fiction wrapped around historical events can be an intriguing combination. When done well it can leave the audience questioning what was real and what was artistic licence for the story. So in taking a 1930 socialite and turning her into a spy recruited to get&hellip;

A show that seems to have all the correct elements: acting, character, staging, premise. It just needs to be better balanced.

User Rating: 4.35 ( 1 votes)
The blend of complete fiction wrapped around historical events can be an intriguing combination. When done well it can leave the audience questioning what was real and what was artistic licence for the story. So in taking a 1930 socialite and turning her into a spy recruited to get close to Wallace Simpson (of King Edward VIII fame), in an attempt to see if she has German sympathies, that is a concept that made Agent Of Influence a show I was eager to see.

Writer Sarah Sigal has without doubt honed a strong and enjoyable female lead in that socialite, Lady Pamela More. It’s a character that first appeared in a previous work by Sigal, and there was clearly enough promise to let her loose on her own.  There is no denying that Lady Pamela is capable of having a show built around her. She is a marvellous creation. She displays endless humour and a feminine charm as she tells of how she was recruited by MI5 whilst working for The Times as fashion editor; well, what else would a socialite of her standing be doing after all? Over a series of events, she builds up a trust with Simpson to the point that she even heads off to Portugal for one last meeting to help MI5 decide if her influence on the now abdicated king is unhealthy.

What makes Lady Pamela even stronger is Rebecca Dunn, reprising her role from the character’s original introduction to the London stage.  Dunn plays the upper class socialite with ease; the stance, the accent, the casual way she changes costume midway to go from lady around town in casual skirt and blouse to posh frock for the evening do.  Her physical acting comes to the fore on occasion, none more so than when she heads to Portugal, via air and land, and with no words spoken, she parachutes, runs, trains and hikes. She jumps and runs around the park bench, the only prop on stage, facial expressions clear in the intimate venue, much to the delight of us all.

So we have a beautifully crafted character, played wonderfully by Dunn, and a story that could be compelling and intriguing, all played out in a highly comfortable theatre. In fact Agent of Influence has all the elements you need for a great show.  But for some reason, they just don’t seem to gel together. The sum of the parts don’t add up to something bigger, they just all feel parts.

It’s hard to put a finger on where the show goes wrong. It isn’t the character or the acting. The best I can come up with is that the plot, whilst intriguing, just lacks enough depth for my liking. It feels like an eternity before there is even any mention of spying, instead meandering through talk of her work at The Times, and her gossiping with friends and her servants. Character development is all well and good, but not at the expense of plot.

It may also be unhelpful that too many characters are introduced, all played out by Dunn in varying accents. Unfortunately the majority seem to be upper class English gents, and one just merges into another. By the end I found I was unsure who was who as she talked about clandestine meetings.

When Agent Of Influence focuses on the story and allows Dunn to play with her character it showed great potential; it’s just a shame that these parts were too few and far between.  This is a character that I feel could easily hold her own, maybe it just needs to be further developed into something more than a one woman show. 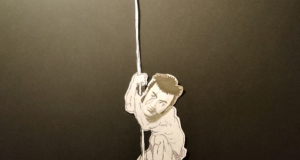