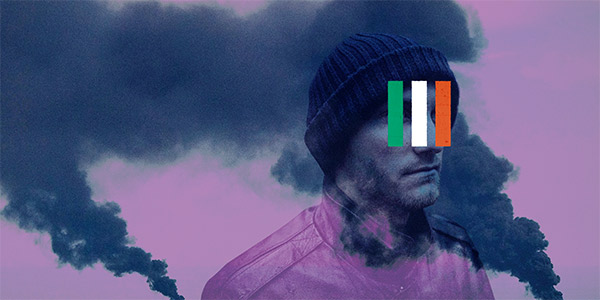 Pros: A stunning one-man performance from Paul Kennedy that brings alive the characters he describes.

Cons: Kennedy’s accent comes over so strong at times that his words are difficult to understand.
Continuity, Finborough Theatre – Review

Pros: A stunning one-man performance from Paul Kennedy that brings alive the characters he describes. Cons: Kennedy’s accent comes over so strong at times that his words are difficult to understand. Right now if you mention a play about Ireland and dissident republicans, first thoughts will surely be of Jez Butterworth’s stunning The Ferryman, and rightly so. But tucked away in the beautiful Finborough Theatre is a hidden gem of a play that explores similar themes, albeit in on a slightly smaller scale. Whilst The Ferryman is big budget, boasting a high profile writer and director, what feels like more&hellip;

A masterful one-man performance of a play that examines the Irish troubles in a thought provoking and heart wrenching way.

Right now if you mention a play about Ireland and dissident republicans, first thoughts will surely be of Jez Butterworth’s stunning The Ferryman, and rightly so. But tucked away in the beautiful Finborough Theatre is a hidden gem of a play that explores similar themes, albeit in on a slightly smaller scale.

Whilst The Ferryman is big budget, boasting a high profile writer and director, what feels like more cast members than audience, and runs an incredible three hours long, Continuity is the antithesis of that. One actor, the simplest of staging (mainly because it’s playing in repertoire with the theatre’s other current offering, Just To Get Married), and a more comfortable running time of 75 minutes. And whilst Continuity may not have quite the same curb appeal to fill a West End theatre through to next year, that’s not to say it’s not worth a visit if you want to see a play that in its own way is equally as powerful.

Continuity tackles the conflict from the viewpoint of Padriag, an active IRA member and a man very adept at bomb making. Except that when Padriag finds love he begins to question The Cause, just as those around him begin to question his commitment to it. That love interest is a girl from Barcelona, spending a year in Ireland. The year is played out over the course of the play, and we watch as Padriag goes from his first lustful sighting of her whilst singing republican songs in his local pub, through the development of their relationship, and ultimately to a tearful ending. Nothing is left unchanged by this love; Padriag and those around him, his family and his terrorist cell.

Incredibly the whole thing is played out by just the one actor, Paul Kennedy. He may be alone on stage physically, but in the minds of both himself, and the whole audience, he is surrounded by those he talks of. His girlfriend, his friends, fellow dissidents, his family, even the fiddle player he is watching at the outset of the play. It’s testament to Kennedy’s incredibly powerful performance that you feel the presence of all these other characters. As you watch a youth being beaten up for dealing drugs, your eyes feel drawn to the toppled chair that the youth is supposedly tied to, and you wince as he kicks at the space the youth occupies in your mind. Later, as he lies under the same chair, fingers deftly flicking with the base, you hold your breath as he primes the next bomb. And as he howls his frustrations, your heart breaks for him. A one-man show lives or dies based on the actor’s performance. Paul Kennedy makes Continuity sing absolutely beautifully.

Sing though it does, one cannot escape the continual sense of foreboding. After all, any play based around Ireland and the troubles will always allude to violence and death. Therefore the only question has to be who, when and how. But even though the ending is what we expect it stills arrives with a gut punch. And whilst probably predictable to a degree, as it approaches the inevitable conclusion, with Kennedy’s delivery that punch falls so hard you feel it right through your entire body as the lights fade for the final time.

Continuity is definitely worth your consideration. It is 75 minutes of superb acting and writing that questions the conflicts and those involved in a whole new way.