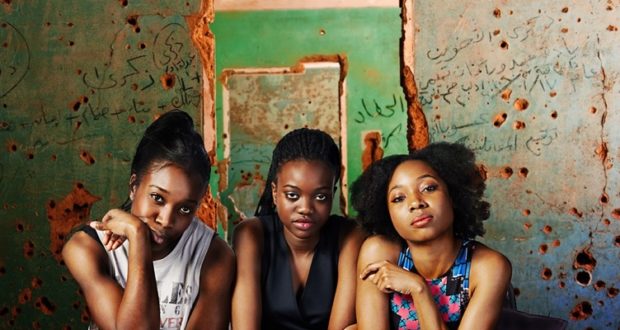 Pros: At times thought provoking, other times funny, this play entertains on a number of levels.

Cons: Low staging concealed some scenic aspects, so on occasion the audience had to fidget to get a good view.
Girls, Soho Theatre – Review

Pros: At times thought provoking, other times funny, this play entertains on a number of levels. Cons: Low staging concealed some scenic aspects, so on occasion the audience had to fidget to get a good view. In 2014 Boko Harem, an Islamic extremist group, kidnapped 276 schoolgirls in Chibok, Nigeria. That statement is not one I ever thought I'd open a review with. But if that line grabs your attention or makes you recall the horrific reports of that incident, then Girls may be a play you wish to explore. Why? Because this incident is where this play takes&hellip;

Heartache and laughter in this engaging production that grieves lost innocence and celebrates stolen moments of childhood.

In 2014 Boko Harem, an Islamic extremist group, kidnapped 276 schoolgirls in Chibok, Nigeria. That statement is not one I ever thought I’d open a review with. But if that line grabs your attention or makes you recall the horrific reports of that incident, then Girls may be a play you wish to explore. Why? Because this incident is where this play takes its inspiration.

Girls opens so innocently. Three girls, young teens, in a location not really defined beyond Africa, are talking as young girls do about boys, sex, their weight, Beyoncé and Big Brother: just the normal day to day subjects girls all over the world discuss. This innocence though is soon washed away as it becomes clear from their conversations that they are in fact being held captive, and the small claustrophobic tent they find themselves in, and in which the whole play is set, is their own prison.

From here on in the play skirts between two extremes. From girls just being girls, to the other end of the spectrum – girls fearing for their lives, wondering if their families are alive, wondering if they will be taken that night as sex slaves or to be used as suicide bombers. It’s this contrast between the two sides that makes Girls slightly uncomfortable viewing at times.

It is also what makes it so compelling. Not the horror and despair, but rather those moments wherein you laugh at what they say only to then remember where they are. It feels wrong to be laughing even as the situation worsens for the girls. It also begs the question as to whether making some aspects of the play so light-hearted devalues the power of its message. Or maybe by making you feel so much for the girls, you will then consider the politics of their situation, something that the play directly explores only briefly, but which is clearly always in the back of the mind.

The writing presents the two sides of the girls’ experience so well, it’s amazing to realise that this is Theresa Ikoko’s first full-length play. She captures perfectly their humour, their language and their worries. And then she manages to take these three innocents and suddenly transform them into fearful grown-ups, fighting for survival in their own different ways: conforming, plotting escape or in that pure innocence struggling to even comprehend the severity of their situation.

Add in three performances that match the quality of that writing from Anita-Joy Uwajeh, Yvette Boakye and Abiola Ogunbiyi, three actors that make you believe they are at one moment almost innocent, the next scared. Then finally put this together with some simple staging, but with sound and lighting that transports you into their tent, their prison. The occasional sounds of guns, the flashes of explosions, and for 90 minutes Soho Theatre is an African jungle.

The only issue with the play is almost not of its own making. The recently refurnished Soho Theatre, with nice new comfy seats with their steep slope would normally be fine except for half this play the performers were sat down. And that meant a lack of visibility. Scenes where actors were doing things at a low level were completely lost on half the audience as everyone tried to crane necks and see through gaps between the heads ahead. It is quite possible to miss a few vital moments. In fact I spent some scenes wondering why she was striking matches only to realise later on she was actually sharpening something.

Girls is an exquisite consideration of the lives of those kidnapped girls, forced to fight for survival and torn between religion extremists and the Western culture which they want to emulate. For something so essentially serious it comes across as both funny and thoughtful, and played out in fine style by three young actors. And it is a play that reminds you, least you have forgotten, most of those 276 girls have never been returned home.