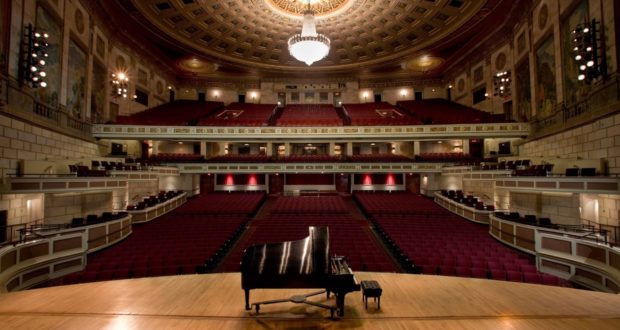 Author: Everything Theatre in Features and Interviews 14 July 2016 0 286 Views

As part of a bi-monthly concert series, Markson Pianos, suppliers of grand pianos to leading musicians for over a century, showcase the best jazz pianists in an intimate club setting. Now they present the New York and Israel based acoustic progressive jazz trio, Shalosh.

The music created by Shalosh is characterized by its drama, its sophistication and its genre crossing. Despite the classic jazz trio format (piano, bass and drums) and the band members’ deep roots in jazz and improvisation, Shalosh’s music takes its own path across and between genres like Rock, Groove, Classical, African and Middle Eastern music.

The three members of Shalosh, Gadi Stern on piano, Daniel Benhorin on bass and Matan Assayag on drums, are childhood friends who have been playing together ever since they started making music. After years of working separately and internationally, both as side-men and as band leaders, the three reunited in 2013 to form Shalosh. Following a series of occasional concerts in New York and Israel, the three recorded their debut album, entitled “The Bell Garden”.

In just a short time Shalosh have generated a huge buzz. The band seek to make music that moves its audience in the greatest way possible, and that breaks through that barrier between music and listener which is often found in intellectual music of this genre. Shalosh is co-led by its three members, and the music they make is informed by many years of collaboration and friendship.

Having started 2016 with a two month European tour, the Markson Pianos concert in London is the band’s first UK date, to be followed by gigs in Lancaster and Manchester. Spice Jazz, the venue for their London concert is an intimate music venue in the heart of Soho that has, over the years, played host to some of the biggest names in the world of jazz.