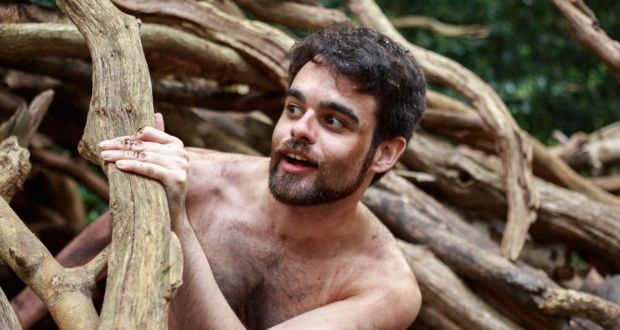 Pros: A comfortable production that doesn’t have you working too hard.

Pros: A comfortable production that doesn’t have you working too hard. Cons: After a strong first act, the second lacks in clarity and precision. Being one of the most frequently staged Shakespeare plays, I always find it fascinating to see how different companies take on this four-plot-farce and make it their own. And as I entered the doors of Waterloo East Theatre and got the first glimpse of the set, an excitement formed within me, wondering what dreamlike vision was about to be unveiled. For those of you who are unfamiliar with A Midsummer Night’s Dream, the plot consists of&hellip;

A good production that is easy to follow and laugh along with. It’s in need of tidying up in places, but there are good performances from most of the cast.

Being one of the most frequently staged Shakespeare plays, I always find it fascinating to see how different companies take on this four-plot-farce and make it their own. And as I entered the doors of Waterloo East Theatre and got the first glimpse of the set, an excitement formed within me, wondering what dreamlike vision was about to be unveiled.

For those of you who are unfamiliar with A Midsummer Night’s Dream, the plot consists of three interconnecting and hilariously farcical stories. First there are the stories of couples Hermia and Lysander, who begin the play in love with one another, and Demetrius and Helena, who start the play in conflict, as Helena loves Demetrius but Demetrius loves Hermia. Meanwhile, Peter Quince and his group of tradesmen turned actors, the ‘Rude Mechanicals’, are preparing to perform a play and Titania and Oberon, king and queen of the fairies, have parted ways. It’s all a little bit chaotic, but that just makes the whole thing even more hysterical.

The Waterloo East Theatre is situated directly behind Waterloo station under an old railway bridge. The area feels very Victorian, almost as though we are encountering the industrial revolution, which is an appropriate setting for the Victorian-costume-clad Candle Fire Theatre Company.

In their rather stunning program, this young theatre company promises to present ‘a very different, approachable and accessible performance’ filled with farcical moments and marvellous music. Indeed, we do get a very accessible production of the Bard’s work. If you are not so familiar with Shakespeare’s iambic pentameter, then this modernised version is certainly a good option. Though the company have remained fairly true to the text, their modern take makes it easy to follow, although at times the clarity of the lines is lost among the chaotic outbursts.

Despite the already full-on farcical plot, director Jaclyn Bradley has chosen to add to the script by including additional innuendos and modern gags, which may or may not be to your taste. Personally, I found the added extras to be unnecessary and a bit overdone, but it does help in giving the show a more modern and relatable twist.

The production as a whole doesn’t really present a uniquely different take on A Midsummer Night’s Dream, but that’s not to say it isn’t worth a watch. The king of the fairies, Oberon (Martin Sales), and his mischievous servant Puck (Joshua Jewkes) make a good pairing and play off each other very well, remaining on stage throughout and representing the hold they have on the lives of the human lovers. Their manipulating of the couples and their presence during the arguments is particularly funny and very cleverly directed. In fact, Bradley’s use of the fairies and their trickster ways is quite brilliant.

The infamous ass-headed Bottom and his troupe of players provide a barrel of laughs as they prepare to perform the classic Pyramus and Thisbe in front of the now back-together-lovers (Robert Fellman, Marie Isserman, Matthew Harrison-James and Leah Lawry-Johns) and Hermia’s mother Eigeus (Caroline Short). David Gurney gives a confident performance as Bottom the weaver, alongside Darren Latham as Flute, who also provides the music for the play. The set, meanwhile, is kept relatively simple with swinging vine leaves hanging from the ceiling, a tree trunk or two and a bed of autumnal coloured leaves spread across the stage.

If you’re looking for a traditional piece of Shakespeare that showcases excellently spoken verse, then this production isn’t for you. But if you’re after a laugh and a relaxed atmosphere, then you should definitely pop along.