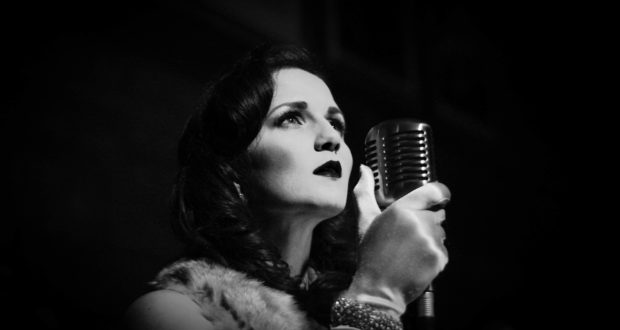 Pros: A melodious selection of soft, jazzy tunes woven with a series of flashbacks, told in the classic style of a 1950s cabaret.

&nbsp; Pros: A melodious selection of soft, jazzy tunes woven with a series of flashbacks, told in the classic style of a 1950s cabaret. Cons: Rocky transitions between actors playing various characters and jumping between flashbacks left me wanting more time for the story to be developed. As part of the Brighton Fringe, I found myself at The Warren for a rainy Saturday matinee. This pop-up venue held several performance spaces including the Theatre Box, located inside a large red shipping container, where An Old Fashioned Girl was playing. Written, produced and performed by Kluane Saunders, An Old Fashioned&hellip;

A musically entertaining cabaret performance that left me wanting the dramatisation to be further developed.

As part of the Brighton Fringe, I found myself at The Warren for a rainy Saturday matinee. This pop-up venue held several performance spaces including the Theatre Box, located inside a large red shipping container, where An Old Fashioned Girl was playing.

Written, produced and performed by Kluane Saunders, An Old Fashioned Girl  follows the story of Elizabeth Turner, a female broadcaster who is a current guest on Desert Island Discs. As she recounts her favourite records, memories associated with each song are brought to life through her voice. The audience gets an insight into her life story through a series of flashbacks. A love letter to radio and the ‘Golden Oldies’, this 55 minute cabaret piece is full of song and nostalgia.

Saunders was accompanied by two other actor-musicians, Richard Mann, as fellow producer, and Jordan Clarke, as musical director. Both played various roles in the show, while also displaying superb musical talent in accompanying Saunders on each number. The trio collaborated extremely well as a band. Their three-part harmony and smooth crooning styles were a melodic treat for the audience. Saunders’ sweet-sounding voice and lyrical expression was reminiscent of the likes of Ella Fitzgerald and Billie Holiday.

The more I was entertained by the musical performance, the more I wanted from the story behind it. The uncertain story, flowing from the present day broadcast of Desert Island Discs, through the cabaret style rapport with the audience, to the flashbacks of past events, left me wondering about the characters and their timeline. Lighting changes between the flashbacks and performances aided in this, but weren’t constant or drastic enough to use as a distinguishing factor. Both Mann and Clarke did their best to categorise their various characters, but small costume changes and quick spins around themselves onstage weren’t enough to differentiate them for me. I was captivated by these characters and the story, but wanted so desperately to see them further developed and flushed out in a more dramatic way. Some of this could be attributed to performance space. I longed for dramatic elements to be bigger, but then maybe they wouldn’t have fit inside the small depth of the shipping container or possibly moved the style further from that of a cabaret.

All in all, the songs and musical talent in the show were excellent, but the story was unclear about its time, place and characters. And although the space didn’t provide the best setting, I feel the show had potential to be shaped further and the performances given by the actors provided a charming look at the wistfulness of broadcast radio.