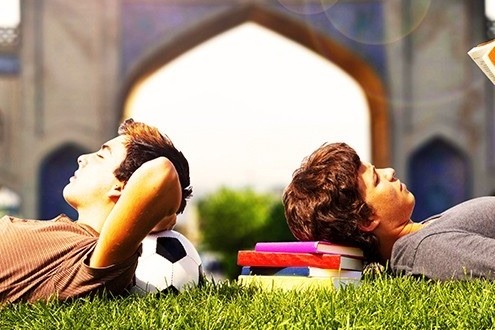 Win tickets to Haram Iran at Above The Stag Theatre

This is your chance to win a pair of tickets to see Haram Iran at Above The Stag Theatre.

In 2005, teenagers Mahmoud Asgari and Ayaz Marhoni were hanged in “Justice” Square in Mashhad, Iran.

The news prompted outrage across the globe. Many believed the boys were killed for being gay. Both were flogged 228 times before their execution.

A large crowd watched as it took around 20 minutes for Ayaz Marhoni and Mahmoud Asgari to die.

Haram Iran imagines a possible, powerful version of the boys’ story. Both romantic and angry, it evokes all of the curiosity, humour, lust, comradeship, rage and rebellious spirit that unites teenagers the world over.

Directed by Gene David Kirk (Closer To Heaven, The Sum of Us), the European Premiere of Haram Iran runs at Above The Stag Theatre from 5 April – 1 May. For more information and to book tickets visit www.abovethestag.com.

Tickets valid for performances until 1 May