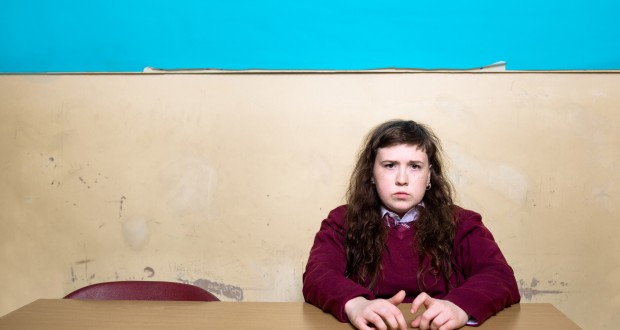 Cons: There is some confusion as to the passing of time, and more could be done to further develop the social comment of the piece.
Brute, Soho Theatre – Review

Pros: A fantastic character piece with interesting social commentary. Cons: There is some confusion as to the passing of time, and more could be done to further develop the social comment of the piece. Through following Poppy, a new student at an all-girls high-school, muddling her way through the brutal twists of teenage friendships, familial relationships and her own sense of self, Brute provides a worryingly normal portrayal of the lives of teenage girls. I was surprised by the shows programme description of the character as, ‘a rather twisted, horrible schoolgirl.’ As despite the storyline, Poppy is a character&hellip;

A wonderful show that will not disappoint. The writing and acting will appeal to a range of ages, but Brute’s context and style make it a must-see for younger audiences.

User Rating: 4.45 ( 1 votes)
Through following Poppy, a new student at an all-girls high-school, muddling her way through the brutal twists of teenage friendships, familial relationships and her own sense of self, Brute provides a worryingly normal portrayal of the lives of teenage girls. I was surprised by the shows programme description of the character as, ‘a rather twisted, horrible schoolgirl.’ As despite the storyline, Poppy is a character capable of compassion, whose humour and vibrancy often makes her extremely endearing. With a notable exception, the audience’s reactions to Poppy and her friends’ often despicable behaviour, is testament to how recognisable the dynamics of the girls’ relationships are.

Cultural references, songs, and trends of the not-too-distant youth culture of the 00’s, makes this a show highly enjoyable reflection for twenty somethings; which writer/performer Izzy Tennyson seems to play to. I could question how well these references would resonate with a broader audience, though I don’t doubt the piece would still be enjoyable. Besides, this is not something I would like to see change. There is nothing wrong in playing to a particular audience when doing so has such value, and that really seems to be the case here. I hope that Brute continues to attract the audience it needs as well as it did the night I attended, with a near-sell-out show.

Tennyson proves herself as a terrific physical performer. She also commands a rapport with the audience, interacting personally with subtle nods, and acknowledgements which go down a storm. Whilst Tennyson is great in role, there is also another layer. The actress’s judgement of her teenage character’s behaviour shines through in some of Poppy’s more perceptively expressed views and snappy language. At times this mature viewpoint distracts from the truthfulness of 14-year-old Poppy. However, at others it enhances the audience’s engagement with both the actress and character, permitting us to laugh at Poppy and ourselves.
This was my first time visiting the upstairs space of the Soho Theatre, and I was very impressed. It is perfectly suited for intimate performances, yet the space seems very adaptable.

Brute uses the space effectively, depicting different settings with simple visual cues, which occasionally serve to demonstrate other locations. For instance, the school desk also accommodates an interaction in a fast food restaurant. Subtle lighting changes assist some transitions, such as the fantastic school assembly sections.

Where most characters’ parts are acted by Poppy through a variety of impressive impersonations and others are alluded to as if they are also there in the moment, Tennyson and director Hannah Hauer-King allow some adult characters a real voice. The voices are exaggerated enough to serve as a comic tool, yet truthful enough to hold a mirror to where we often fail young women in our society. These pre-recorded speeches are often overpowered by the audience’s laughter, encouraged by Poppy’s schoolgirl sniggering. Audience interaction plays an important part here, highlighting the insignificance of these supposed authority figures.

This is where I feel more can be done in the piece. The use of comedy to criticise is such a powerful tool. I absolutely would not want this style to change. However, for me, the social commentary is the most important aspect of the piece, yet it doesn’t feel like the driving force. It could be introduced subtly much earlier. This would give the show a greater sense of purpose, and would achieve an even greater pathetic poignancy in the final words.

If you are looking for a hilarious show from an exciting talent, and are prepared for the sensitive topics that also arise, I thoroughly recommend Brute.