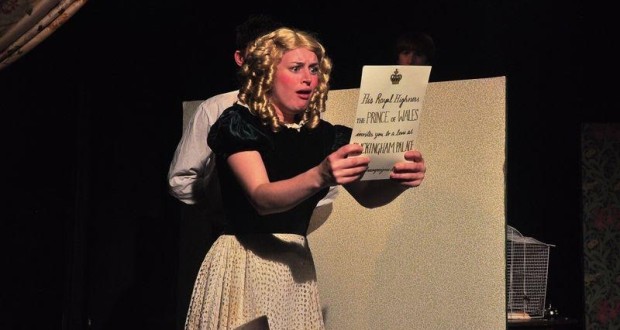 Win tickets to The Young Visiters at Tabard Theatre

This is your chance to win a pair of tickets to see The Young Visiters at Tabard Theatre.

To enter simply retweet the tweet below AND reply telling us which spelling always causes you a headache.

#COMPETITION: Win tickets to The Young Visiters at Tabard Theatre
Retweet AND tell us which spelling causes you a headache.

The Young Visiters is the most famous book in history written by a nine-year-old. Daisy Ashford was a precocious Victorian child, and her comedy of manners giving a child’s-eye-view of the adult world was championed by J.M. Barrie and first published in 1919 (28 years after it had been written), complete with idiosyncratic spellings. Now imaginative young company Rough Haired Pointer (Diary of a Nobody, Fred & Madge) are giving London audiences another chance to see their acclaimed adaptation of this cult book at The Tabard Theatre in Chiswick for four weeks only in March.

Mr Salteena is a very elderly gentleman (of 42), “fond of digging in the garden and parshial to ladies if they are nice”. He and his young, somewhat snobbish friend Ethel Monticue (who has an unhealthy passion for “ruge”) go to stay with a young Lord, Bernard Clark who is “inclined to be rich” in his “sumpshous” house, where Mr Salteena hopes he will be helped up the social scale and thereby win Ethel’s heart. While he is packed off to be given some London polish at the Crystal Palace by one of Bernard’s friends The Earl of Clincham, speaking looks are exchanged between the young pair and Mr Salteena’s plan is inevitably foiled.

The Young Visiters is full of innocent – or not so innocent – double entendres and Ashford’s eye for adult absurdity has real comic bite. Rough Haired Pointer revive their first production with a young cast of six, bringing this funny, ridiculous story to vivid life, after the success of their recent Diary of a Nobody, Peter Barnes’ Noonday Demons (King’s Head) and Joe Orton’s Fred & Madge (Hope Theatre).

‘Hilarious and heart-warming’ A Younger Theatre

Tickets are subject to availability for a given performance. 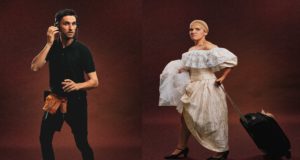 The importance of being… Earnest, Omnibus Theatre – Review 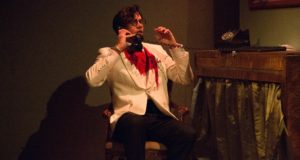