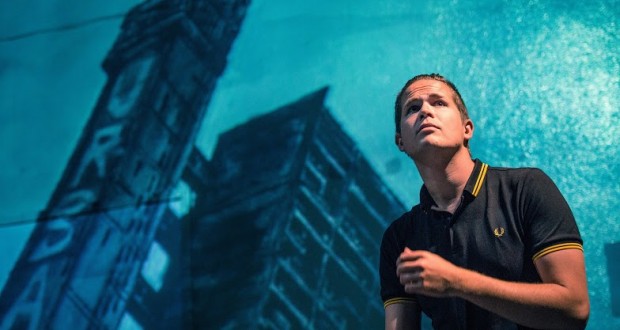 What I Learned From Johnny Bevan, Soho Theatre – Review

Cons: This is unashamedly politically partisan, which may not be to everyone’s taste but is nonetheless invigorating.
What I Learned From Johnny Bevan, Soho Theatre – Review

Pros: Luke Wright’s poetic storytelling pulsates with a lively rhythm whilst telling an arresting story of crushed idealism. Cons: This is unashamedly politically partisan, which may not be to everyone’s taste but is nonetheless invigorating. This is my second encounter with What I Learned From Johnny Bevan, Luke Wright’s fierce hour-long piece of poetic storytelling. I saw Wright’s show in Edinburgh last August and was struck by its unapologetic left-wing partisanship, by its heady mixture of wistful reminiscing and bleak realism, and by Wright’s captivatingly passionate delivery. All three are still present in spades and the intervening six months&hellip;

This is a whirlwind hour of delectably angry poetry that tells a pertinent story and is delivered with an enthralling vigour.

This is my second encounter with What I Learned From Johnny Bevan, Luke Wright’s fierce hour-long piece of poetic storytelling. I saw Wright’s show in Edinburgh last August and was struck by its unapologetic left-wing partisanship, by its heady mixture of wistful reminiscing and bleak realism, and by Wright’s captivatingly passionate delivery. All three are still present in spades and the intervening six months has not dulled the keen bite of Wright’s poetry. If anything, a second viewing reveals the enviable craftsmanship behind the piece.

What I Learned From Johnny Bevan is a fictional account of two friends, Nick and Johnny, united by a ferocious devotion to the Labour party while students in the late nineties, then forced apart by their backgrounds. Nick, through whose voice Wright narrates the story, is a child of middle England raised in stifling comfort. Johnny is dyed-in-the-wool working class, as accustomed to gangland fights on his grungy East London estate as he is to Marx and Morrissey. Theirs is a recognisable tale of adolescent friendship fired by uncompromising idealism crumbling on the painful shards of broken dreams. It is the story of a generation betrayed by Tony Blair and New Labour.

Wright performs with relentless vigour, inhabiting Nick entirely and spitting out his poetry with a barely concealed anger that makes one wonder how fictional the story really is. Clad in skinny jeans and polo shirt, with an unspeakably classy top-knot perched on his head, he prowls wolfishly around the bare stage; backed only by a slow slideshow of grubby illustrations. He finds an infectious hopefulness when portraying Nick as a student, but reserves an uncomfortably relatable weariness as Nick the middle-aged journalist-turned-copywriting-sellout.

There are some stirring moments. Wright occasionally turns to face the projected illustrations, silhouetted in orange and glorified by Ian Catskilken’s jangling guitar accompaniment – think Billy Bragg at his raucous best, minus the dulcet Brummie tones. When Wright feverishly recalls the night of Labour’s landslide victory in 1997, Catskilken’s music pumps, and bars of light flash blue and red. As Wright churns out a list of constituencies won and Tory kingpins felled, there is a palpable energy burning both on stage and in the audience.

It is Wright’s writing that drives the show. His poetry pops and fizzes, unafraid of lengthy, rhythmic sideroads and packed full of an imagination convincingly born of despair. Wright has a real talent for evoking a familiar character type, then pinning down their pathos, shattering their illusion with a few choice lines. He is a man that could do serious damage with his words; I hope he never has cause to insult me.

What I Learned From Johnny Bevan is a vehicle for Wright’s poetry, but it is much more besides. It is a saga about the death of idealism and the crushing reality of post-university life, but in its bleakness it is also inspiring. Wright shames the audience for accepting Britain as it is and challenges them to use their voice to change things. It is a singularly powerful piece.

Previous: Out-Spoken, The Forge – Review
Next: Terra, The Coronet – Review