Home » Features and Interviews » From Michigan to Islington: a literary treasure hunt 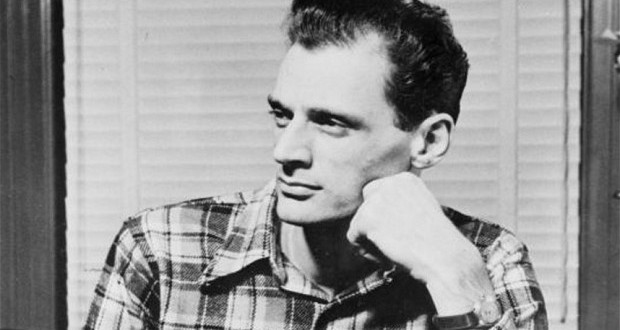 From Michigan to Islington: a literary treasure hunt

Author: Everything Theatre in Features and Interviews 16 November 2015 0 409 Views

This October would have marked Arthur Miller’s 100th birthday had he not passed away in 2005 aged ninety. BBC radio, amongst others, devoted a lot of airtime to the occasion and Miller’s plays are being revived left, right and centre. So why, asks director Sean Turner, is Arthur Miller such an enduring figure of American literature?

I am a devotee of Miller, and have conducted extensive research in to his life and work. He was a writer of extraordinary wit and sensitivity, and by all accounts, a man of dignity, morality and integrity. His work is ‘about’ something; seeing it staged excites a sense of heightened reality. He used rich poetic language with a musicality that is second only to Shakespeare. He created characters that actors and audiences adore – flawed, confused, victims of circumstance – but always striving for better. We come to love and pity them in equal measure.

As long as there is conflict between power and responsibility, people will connect with these stories and these characters.

Seeing a Miller play has the feel of an event, and done well it can provide catharsis worthy of any Greek tragedian. Even within his lifetime it was recognised that A View From The Bridge, The Crucible and Death of a Salesman were instant classics, unlikely to leave the theatrical canon any time soon. They continue to surprise and enthral audiences across the globe today. It seems highly likely that when the bi-centennial rolls around in 2116, audiences, theatre-makers and critics will still be talking about the latest Eddie Carbone, John Proctor or Willy Loman. As long as there is conflict between power and responsibility, people will connect with these stories and these characters.

I am currently directing the World Premiere of Arthur Miller’s first play, No Villain. If you’ve never heard of it, it’s no surprise: it has spent the past eighty years gathering dust in the University of Michigan’s vast library facilities, where I found it earlier this year. Miller wrote No Villain aged just twenty whilst studying at the University of Michigan. Far from dreaming of a career as a playwright, he was more likely to be found crooning in the hopes of being the next Bing Crosby. But Miller, who had grafted in a car parts factory for a year to save for college had now all but run out of money; college men had to show a bank balance of $500 to prove they would not become an indigent ward of the state. It was under these inauspicious circumstances that Miller first tried his hand as an author.

The prize was $250 – enough to secure Miller’s education for the time being.

The University of Michigan held an annual writing competition: The Avery Hopwood Award. The prize was $250 – enough to secure Miller’s education for the time being – so in 1936, a twenty year old Miller stayed in Ann Arbor, Michigan for spring break and over the course of six days wrote No Villain. He felt great elation at his success; pride that his words were able to reach in to another human being and touch them – that what affected or moved him may also move others. The play won the Hopwood Award but was never produced – until now.

In 2014 I began the search for the lost script. The Miller Trust and his long time agent had never heard of it, and I felt sure the text was lost forever. Next stop: Michigan. Could it still be there? After nearly eighteen months I finally tracked it down. I had uncovered a piece of theatrical history and was one of only a handful of people to see it for the best part of a century. When I sat down finally to read the typewritten script – complete with Miller’s own pencilled notes – it hit me like a sledgehammer. I felt eighty years had evaporated between us. It was a play alright, and a good one at that. The rich poetic language called out Miller’s name and thematically it was unmistakably his. As the play unravelled my excitement rose and by the final act I was convinced: I had to produce this play, and give it the audience it deserved.

No Villain: the original scrip

No Villain is an essential addition to the repertoire. It portrays Miller’s own family in vivid autobiographical detail, and provides an invaluable insight into the genesis of his later, towering works. It flashes with the ideas and verve of a young man discovering the world, with all its great joys and bitter disappointments. I am overjoyed to be adding to Arthur Miller’s legacy at 100, and I promise audiences are in for a real treat.