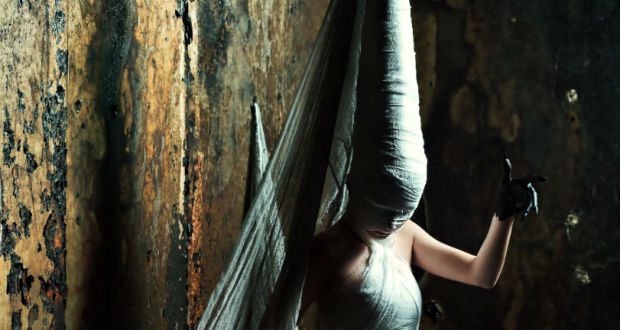 Pros: A mesmeric, nostalgic and enthralling journey though some of the lesser-known stories of the Brothers Grimm.

Cons: Beware – you might become addicted to listening to storytellers!

Pros: A mesmeric, nostalgic and enthralling journey though some of the lesser-known stories of the Brothers Grimm. Cons: Beware - you might become addicted to listening to storytellers! Fairytales For Grown-Ups, is a regular event held at The Forge in Camden. As the name suggests, The Crick Crack Club delivers an evening of storytelling filled with magic, intrigue and myth. The Crick Crack Club derives its name from an old Caribbean storytelling tradition. Storytellers would shout “Cric?” to their audience, who would respond with a cry of “Crac!” if they wanted to hear a tale. The meetings of this&hellip;

Our Verdict: This is the fresh dose of magic you need in your life.

Fairytales For Grown-Ups, is a regular event held at The Forge in Camden. As the name suggests, The Crick Crack Club delivers an evening of storytelling filled with magic, intrigue and myth.

The Crick Crack Club derives its name from an old Caribbean storytelling tradition. Storytellers would shout “Cric?” to their audience, who would respond with a cry of “Crac!” if they wanted to hear a tale. The meetings of this modern London-based organisation start with the very same ritual, and command a loyal following.

Indeed, I discovered, that most of the audience already knew the correct response to the storyteller’s call. The Crick Crack Club had been on my radar for a while. They regularly get excellent reviews on this site, but I had never had a chance to attend a performance in person. So I was keen to see what all the fuss was about.

Ben Haggarty, one of the founders of the Crick Crack Club, was our host and storyteller for this instalment of Fairytales For Grown-Ups. Sherry Robinson, a musician who composed the accompaniment to Haggarty’s stories, joined Haggarty on stage with her many instruments. And that’s it: no further distractions needed. As soon as Haggarty opened his mouth, I knew I was in for a great night. He had terrific stage presence and expertly drew the audience in with his characterisations and delivery. He performed four stories sourced from the tales of the Brothers Grimm (as you probably guessed from the title), none of which I had heard before. The already melodic delivery of Haggarty’s words was underpinned by carefully placed refrains and tunes played by Robinson. The musical additions were never distracting, but helped to build tension and create atmosphere.

The stories we heard on the night were fantastical and, invariably, fairly gory. A princess was usurped by her servant (the daughter of a troll-hag) and forced to trade places on her wedding day. A young boy with white skin and red eyes was murdered by his stepmother, but returned as a singing bird to exact his revenge. A young prince trusted his loyal servant to overcome the jealous magician whose daughter he eloped with. And in my personal favourite: a destitute soldier did a deal with the devil to live as a bear-man for seven years in return for infinite wealth. The tales were fascinating in their own right. They gave an insight into how societies of old tried to make sense of inexplicable events, explain the origin of traditions and rituals, or pass moral warnings to future generations. But each story transcended the fascinating into the absolutely magical when coming out of the mouth of Ben Haggarty. Haggarty’s charm, talent and stagecraft made me feel like a child again, listening to a story, warm and cosy in my bed. It was a feelingI had not thought I would feel again as an adult, but the storyteller’s mesmeric delivery and colourful personifications created an irresistible urge to listen. (Not that the stories were childish mind. Plenty of people were ground into the earth by millstones, dragged away naked attached to wild horses, or bounced for eternity on the devil’s fiery bed…)

Now I understand why the Crick Crack Club’s show was sold out that night, with people waiting by the box office in case anyone was willing to sell a spare ticket. And I understand why such a loyal following attend the group’s regular performances. No one could explain it better than Haggarty himself, who remarked that modern entertainment is filled with sex and violence, but that these days it is difficult to find a story with true magic. And that is what keeps the loyal Crick fans shouting, “Crack!” back to their compere.

Performed by: Ben Haggarty and Sherry Robinson
Produced by: The Crick Crack Club
Runs Until: This was a one off event. To find out more about Crick Crack Club events visit http://www.crickcrackclub.com