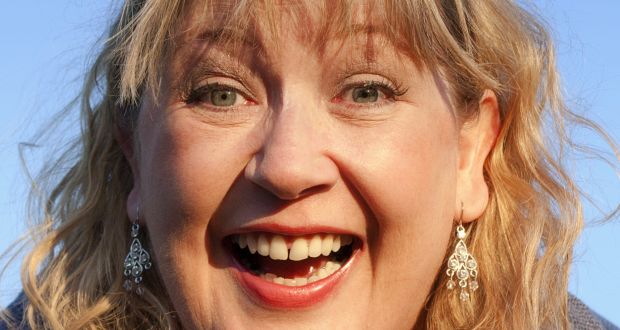 Cons: At times felt a little “too directed” with some unnecessary and clunky movement.
Goddess, Tristan Bates Theatre – Review

Pros: Includes well-written and successfully executed one liners. Cons: At times felt a little “too directed” with some unnecessary and clunky movement. Quintessentially Camden Fringe: a simple set-up. With little more than a chair, a table and a small sculpture of a Goddess that stands on a could-be-made-by-your-granddad plinth, this production is armed with nothing more than a promising script and a player bold enough to go it alone. Holiday Snow, played by Wendy Albiston, finds herself thrust into the limelight accompanied by a rather tacky but valuable statue of a Goddess. Holiday too becomes a Goddess in her&hellip;

For the most part, a well-constructed piece of storytelling that will have you laughing as well as engaging you in darker moments.

Quintessentially Camden Fringe: a simple set-up. With little more than a chair, a table and a small sculpture of a Goddess that stands on a could-be-made-by-your-granddad plinth, this production is armed with nothing more than a promising script and a player bold enough to go it alone.

Holiday Snow, played by Wendy Albiston, finds herself thrust into the limelight accompanied by a rather tacky but valuable statue of a Goddess. Holiday too becomes a Goddess in her own right – although the antithesis of how a body beautiful woman is often portrayed in the media – and ends up doing the rounds on daytime TV, as a body positive expert. The audience meet her as she is talking – alone – to an interviewing journalist in a London hotel room.

Presented by Tangerine Theatre, Goddess is the third play by Serena Haywood, a pediatrician by trade. Haywood explores the ability of women to cope at even the bleakest of times. The strength of the writing is in its well-conceived relationship between the funny and the sad. There are well written and successfully executed one liners, alongside very powerful and poignant dialogue. All of this is helped along by the buoyant portrayal of Holiday, given by Albiston.

First night nerves were evident, with some fluffed lines and lost moments. However, these were easily recovered by Albiston, who is clearly a capable performer. Following a shaky start, with a couple of lulls in energy, the piece moved at a steady pace throughout.

As director, Jessica Radcliffe manages to create a bond between the audience and performer. However, this might have been developed further had the audience collectively been assigned the role of the Journalist. I wanted to make eye contact with Holiday; the intimacy of the space and story would have lent itself well to this and direct address would have allowed Albiston to lure the audience further. At times, the piece felt a little “over directed”, which included some unnecessary and purposeless movement that became a bit of a distraction. The most engaging moments, and the ones in which we saw Albiston’s prowess as a performer, were still. Having said this, Radcliffe and Albiston made good use of gesture, with elements of mime, to keep the story entertaining.

A particularly memorable moment features Holiday appearing – with the statue – on the Antiques Road Show. Well directed and acted, Albiston’s satirical switching between Antiques Expert and Holiday is fun to watch. A stark contrast to later in the play when we hear Holiday discuss her relationship with her mother, which is much darker in tone.

It is difficult not to feel sorry for Holiday. Having spent her life in Rhyl, she experiences the excitement of London and the possibility of a new life. However, for Holiday, you expect life will always be difficult. Haywood captures the character of Rhyl well and it lurks like an old uncle throughout. Once a happy holiday resort on the North Welsh coast, it is portrayed as broken and grey. Addressing themes of recession and social mobility, you only hope Holiday will not end up back there.